This article originally appeared on The Sovereign Investor on August 18th.

Chances are, you wouldn’t think of putting “saturated fats” and “healthy” in the same sentence. Certain kinds of saturated fat can increase the cholesterol in your blood, contributing to heart disease.

What we are learning now, however, is that certain “good” saturated fats — like those in coconut oil — provide nutrients that can bolster the immune system against infection … and even strengthen and protect the brain from degenerative disease.

Unfortunately, we didn’t know that two decades ago, when, in 1994, the Center for Science in the Public Interest (CSPI) launched a campaign against coconut oil. After running a study on movie theater popcorn, they revealed that theaters were popping corn kernels doused in coconut oil and that a tub of the theater favorite contained nearly twice the U.S. Department of Agriculture’s (USDA) recommended daily allowance. Back then, the USDA held the stance that all saturated fats led to heart disease.

Soon after this discovery, a campaign ensued to warn consumers of saturated-fat health risks. That’s when the death knell rang for coconut oil — and it was banned from being used in movie theater popcorn.

Of course, now we know the benefits of certain saturated fats which coconut oil is rich in, and I’ll discuss in a moment the simple ways you can harness its healing power. But I think you should know that this campaign was essentially an effort by powerful agendas to sabotage our health.

The CSPI eventually reversed its position on saturated fats. But the damage had already been done. Coconut oil was out — along with its potential health benefits. And do you know what replaced it? Oils from biotech crops like corn and soybeans.

It was all going according to plan. Until that point, Americans weren’t consuming much in the way of corn and soybean — most of which were biotech products. The public needed a reason to buy into them.

The CSPI wasn’t alone in its attack. In the 1980s, the World Health Organization (WHO), the National Heart, Lung, and Blood Institute, the USDA and the FDA all fought vehemently against saturated fats. I believe there were biotech interests behind the curtain then, just as there are now.

Just look at the numbers. According to the International Service for the Acquisition of Agri-Biotech Applications (ISAAA): “The accumulated global value of biotech crops since 1996 is estimated at $117 trillion.” That’s $6.5 trillion per year, which is more than the GDP of Japan, the world’s third-largest economy. The men reaping the benefits from smearing coconut oil — and the subsequent proliferation of seed oils from biotech crops — are happy. But Americans suffering the consequences are not.

This is your brain on coconut oil

The World Health Organization reports: “The total number of people with dementia is projected to almost double every 20 years, to 65.7 million in 2030 and 115.4 million in 2050.”

So far, no pharmaceutical drug provides an effective treatment, much less a cure, for the most common form of dementia: Alzheimer’s disease.

But that might soon change as scientists begin to study coconut oil.

Coconut oil’s benefits to the brain are due to its wealth of medium-chain triglycerides (MCTs) — an essential fatty acid not found in most of the foods we eat.

Our bodies process MCTs faster than long-chain triglycerides, which are found in most animal-based products. MCTs are shorter in length, so they pass straight to the liver where they are metabolized and ketone molecules are generated. Those molecules provide energy to the brain when its normal energy sources are depleted.

Many personal experiences claim this type of energy effectively alleviates Alzheimer’s disease. When a neonatal doctor in Florida noticed her husband’s early onset of Alzheimer’s, she began giving him a daily dose of coconut oil and MCT oil. She said it was as if a light bulb immediately went off in her husband’s head. Much of his functioning was restored. His personality returned, his depression subsided, his tremors stopped, he walked normally again and was even able to run. He was also able to resume activities like mowing the lawn. Others who administered coconut oil to friends and loved ones with Alzheimer’s have noticed similar effects.

The scientific community is taking notice.

A significant study is happening now at the Byrd Alzheimer’s Institute at the University of South Florida to determine whether coconut oil can indeed mitigate the onset of Alzheimer’s.

That’s good news, because the Alzheimer’s Association suggests the mission to find an Alzheimer’s treatment is failing. “We need more volunteers to complete clinical trials … and increased federal funding of research to ensure that fresh ideas continue to fill the pipeline.”

Coconut oil could be the answer we’re looking for. So it’s upsetting to think that its demonization has kept us from realizing such an incredible health benefit. Other advantages were also overlooked. A diet rich in coconut oil can help your heart, stomach and even your immune system.

But now there is nothing stopping you from integrating coconut oil into your diet. You can use it in place of unhealthy cooking oils … or as a natural alternative to balance your health.

I want to point out that coconut oil is different from coconut water or coconut milk. While coconut water is an excellent source of electrolytes, it does not contain MCTs.

Coconut milk, on the other hand, holds those essential fatty acids — but it comes with a few risks. For example, it contains guar gum, which can disagree with gut and digestion. It can also contribute to something called fructose malabsorption, which plagues people with intestinal and gut diseases.

When it comes to coconut oil, be sure any coconut oil you use is virgin and cold-pressed. Don’t get any that’s hydrogenated or refined in any way. Besides that, have at it with these four simple uses:

Eat it with a spoon. Based on hundreds of first-hand accounts, a couple tablespoons a day can work wonders. As I mentioned, some people with Alzheimer’s have shown immediate and significant improvement once starting a daily regimen. (I like to keep it cool so it stays solid and is easier to scoop.)

Put it in your coffee. I do not drink coffee because I dislike the taste. But I’ve read that coconut oil complements coffee’s robust flavor nicely. It seems the secret is to blend it into the coffee completely, so you don’t end up with an oily drink. Don’t just stir it!

Cook with it. Coconut oil is healthier, and it has a higher smoke point than other cooking oils. This can prevent the accumulation of carcinogenic radicals on your food when cooking with high heat.

Brush your teeth with it. Mix it with a little baking soda for natural, chemical-free toothpaste that also helps restore the health of your teeth. Or, for additional benefits to your teeth, you can swish the oil around in your mouth for 10 minutes just as you would a mouthwash.

Now think about it:

These simple measures can protect you from illness, disease and infection without high costs and serious side effects. That’s enough of a reason. But eating it is also like giving the agribusiness hit men the finger.

Hair Loss – Know About Best Treatment Options For It! 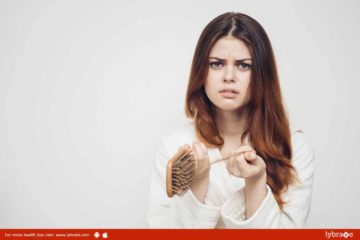