If you suffer from hay fever or other allergies, you’re in good company. These kinds of allergies seem to increase each year and make life miserable for millions. And now scientists think they’ve discovered why this headache (and stuffy sinuses, runny nose, sore throat, etc.) gets worse every year.

The way we’ve polluted the air, water and soil is to blame.

When researchers at the Messerli Research Institute in Vienna examined a protein in birch pollen known as Bet v 1, they discovered that it resembles the structure of a human protein termed lipocalin 2 that is found in the lungs.

Both of these compounds possess areas on their surfaces where they bind with iron. When these proteins interact and they both lack iron, the pollen causes an allergic reaction, summoning immune cells called T-helper 2 cells that begin your allergic reaction.

The pollen is iron-deficient because of the polluted environment in which plants now struggle to survive.

“Iron loading of the birch protein may be connected to the aggravated environmental conditions acting on plants,” says researcher Erika Jensen-Jarolim. “In fact, there may be a direct connection between environmental pollution and rising allergy statistics. The most important conclusion from our work is that, in the future, it would make sense to specifically load allergenic molecules of the Bet v 1 type with iron when they are used as allergy-specific immunotherapy in allergic patients. By doing so, this treatment — which currently takes two to four years — can be greatly shortened and its efficiency can thus be enhanced.”

So the next time hay fever makes you sneeze and lose your composure, remember that it’s not just the pollen to blame. It’s also the pollution from your car, factories, chemical plants and agricultural runoff that has changed the pollen’s chemical composition.

Give Insomnia The Slip And Slip Into Slumber

Breast Reduction – What To Know? 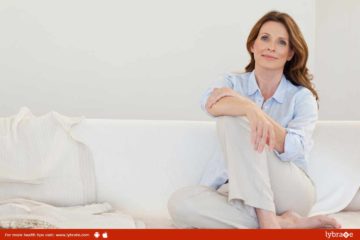