Do you remember the manic Mad Hatter character from Alice in Wonderland?

He suffered from mercury exposure.

The phrase “mad as a hatter” was used for decades before the novel was published in 1865 because the process of making felt involved mercury. Mad hatters disease in 19th-century England included such symptoms as tremors, irritability, and mental instability.

So while it’s true that mercury is deadly, it can also have more subtle effects, and is to be avoided. Even inorganic mercury — which was always considered less dangerous than organic mercury like what you would find in fish — has now been found to damage our cellular processes.

Why is that important? Well, you may recognize the word “glutathione.” It’s maybe the most powerful of the antioxidants that your body makes (learn more about how it affects your vision and foods to add to your diet), and is essential for your health. Mercury blocks it.

Blocking thiols would also interrupt creating energy within the cell.

This is why exposure to mercury creates headaches, insomnia and tingling in extremities as well as problems with speech, hearing, vision, balance and other neurological symptoms. You could also experience fatigue, memory loss, depression and hair loss.

If these sound familiar, talk to an integrative physician about testing for mercury.

An easy and quick way to boost your body’s natural elimination of these types of chemicals and toxicants comes from Dr. Michael Cutler.

He talks about all the ways to get rid of mercury in his excellent book “Doctors’ Inside Secrets for Natural Cleansing and Detoxification.”

You’re not ‘stuck’ with constipation if you try this 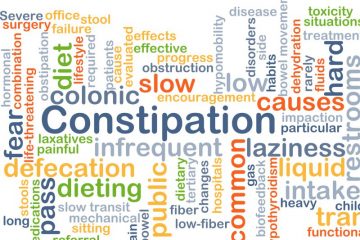