The spice is turmeric, and the compound inside is curcumin… and this anti-aging, anti-oxidant, anti-inflammatory super spice might be your best protection from diabetes — and could help you reverse its effects.

Turmeric is a member of the ginger family, and called “The Queen of Spices” and be found in many Indian dishes for its wonderful earthy flavor and, of course, golden color.

When scientists have tested turmeric they’ve repeatedly found curcumin works against diabetes in a similar fashion to anti-diabetic pharmaceuticals.

Now they’ve found, while performing one very striking study published in the American Diabetic Association’s own journal, Diabetes Care, that curcumin is 100% effective in preventing pre-diabetics from developing to type 2 diabetes.

Even better, there is preliminary research that shows curcumin can reverse previous pancreatic damage in type 1 diabetics — those people who are usually told, “We’re sorry, you’re incurable, now take this synthetic GMO insulin.”

A high-quality turmeric supplement should give you a great deal of curcuminoids, but Consumer Labs has found that many turmeric pills failed their testing for curcumin content.

It might be better to get more turmeric into your diet this way: with a delicious golden turmeric smoothie.

You might also want to consider warm golden milk before bedtime.

P.S. – Did you know that GMO insulin can give you “double diabetes“? That’s type 2 and type 1 diabetes together. So much for doctors’ principle to do no harm! In fact, doctors are clueless about the power of insulin to prevent diabetes, heart disease… even cancer.  Click here for the incredible story…

Why you should cleanse NOW

What Is Diabetic Retinopathy? 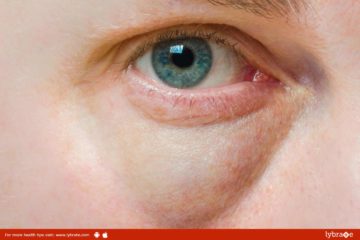