You need protein to live. The body uses the protein it digests from food to build its tissues.  But there’s a unique form of protein that never gets completely digested by anyone: gluten. Alarmingly, if your immune system reacts to gluten, it doesn’t attack this unusual protein. It attacks the body. That can lead to serious illness and death.

Every loaf of bread, bagel or cookie in the supermarket should come with a warning label: “This isn’t made with your grandparents’ wheat.” These loaves of bread, thick cookies, bagels and other wheat foods we consume have been baked with a grain bred to be rich in gluten, the sticky protein that gives them extra elasticity. Wheat from decades ago was much lower in this problematic protein.

All that gluten we’re swallowing (it’s also in barley and rye) is leading to a huge health problem. The 3 million Americans with undiagnosed celiac, those whose immune systems are silently destroying their bodies, are at quadruple risk of an early death. Another 20 million Americans are gluten-sensitive, made miserable by gluten. In these sensitive folks, gluten can cause stomachaches, memory loss, depression, headaches, lethargy, mental fog, eczema, infertility, joint pain and irritability.

For an unknown reason, the celiac rate among Americans has climbed 400 percent in recent decades.

When Gluten Escapes The Gut

In many of us, gluten stimulates a significant release of a molecule called zonulin, an evildoer that makes the walls of the intestinal tract much more permeable to large molecules. That allows gluten and other undesirables to penetrate the gut and have access to the rest of the body. When the immune system senses that these invaders have entered the circulation, it ramps up its attack on the body. It’s as though the body were a disabled spaceship in a science fiction movie and a crazed crew member has hit the auto-destruct button. But your body doesn’t blow up immediately. Instead, the immune system goes haywire looking for things to take apart. It may destroy the villi in the intestines (where nutrients are absorbed) or attack other parts of the body like the nerves or brain.

When zonulin levels climb to unmanageable levels, the intestinal tract gets extremely leaky, allowing passage to all kinds of large molecules from food that cause further havoc in the body. This can make you more vulnerable to diabetes, multiple sclerosis and a range of discomforting allergies. Zonulin may even make the blood-brain barrier deteriorate in people who have brain cancer.

Lately, as more and more people try eating gluten-free to see if it improves their health, there’s been a backlash among naysayers who insist the gluten brouhaha is overblown. Kara Rowe, for example, director of outreach for the Washington Association of Wheat Growers, is currently going on a gluten-free diet for a month (and blogging about it). She says she is doing this to better understand the implications of a gluten-free diet, but you can’t help but wonder if she’s looking for talking points to use against the idea of going gluten-free.

Rowe seems a little obsessed over planning her diet too carefully. She notes after one day that “I am a bit off on the ideal breakdown of calories. Am also going to have to work at getting about another 100 calories in and more water. Body feels fine…” She figures she ate 30 percent carbohydrates, 46 percent fat and 24 percent protein that day.

Which makes me wonder: If her body feels fine, why get bent out of shape worrying about a few carbs here or there? And since she lives on a wheat farm, it’s hard to believe she’ll come out in favor of a diet that omits wheat.

Walking In The Park

Of course, if you’re considering going on a gluten-free diet, only you can decide if you want to try it as an experiment to see if it improves how you feel. As Alessio Fasano, director of the Center for Celiac Research at the University of Maryland School of Medicine notes, in an interview with the website Living Without, “… the gluten-free diet isn’t a walk in the park.” He also adds, “If you’re gluten sensitive, you’ll see quick improvement on the diet, in a matter of days or weeks at the most.”

I know that when my memory was being destroyed by gluten, a gluten-free diet improved it noticeably within 10 days. On the other hand, I’ve been off gluten for more than five years, and I feel that it has taken all that time for some aspects of my digestion to improve significantly.

Meanwhile, researchers are continuing to search for the physiological mechanics that make so many people vulnerable to celiac and gluten sensitivity. As Fasano points out, “… if we can understand what the heck is going on with celiac disease, it could lead to huge, huge changes in preventive medicine.”

In the kitchen with Kelley: Sleepy time, pain-relieving smoothie

Your Heart and Secret of Ayurveda! 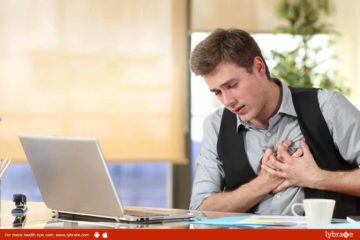