Gastrointestinal Issues in the Obese Patient

Obesity is a chronic condition that results due to the presence of an excess amount of fat in the human body. If the amount of fat is found in excess (More than 25% in males and 30% in females), it leads to obesity. It is a chronic disease that can lead to other serious ailments such as diabetes, heart disease, high blood pressure, gallstones amongst a host of others. It has a higher rate of relapse rate and is difficult to treat.

Functional gastrointestinal disorders (FGIDs) are common disorders that occur due to the abnormal functioning of the gastrointestinal tract. Biochemical or structural (such as a tumour or a mass) abnormalities are not the main reasons behind FGIDs. This makes them undetectable by many routine tests such as CT Scans, X-rays, blood tests, etc. The most common FGID is Irritable Bowel Syndrome (IBS).

It is quite possible that there are more common things in between obesity and FGIDs. According to Epidemiologic data (analysis of causes, patterns and effects of health and disease in defined populations), obesity can be associated with chronic gastrointestinal problems.Many of these problems bear resemblance to FGIDs such as dyspepsia or irritable bowel syndrome.

In a prospective study of children having FGIDs, it was found that a majority of obese patients complain of higher intensity and frequency of pain, more absenteeism from school and higher disruption in daily life. Another study made an assessment and comparison of the children referred to a paediatric gastroenterology clinic and the local population. The study noted that IBS was more prevalent among children who were obese.

FGID is caused by obesity or is it the other way around?

There is not enough evident proof to show that obese children tend to develop FGIDs.There are only a limited amount of physiological studies related to gastrointestinal tracts of obese people. A study conducted in Netherlands has shown that the colonic transit in children having morbid obesity is significantly delayed. Additionally, another study has shown that obese children showed poor gastric accommodation to satisfactory drink tests. This could partially explain the possible pathophysiological mechanisms for the development of painful FGIDs like FAPS (Functional Abdominal Pain Syndrome)and IBS (irritable bowel syndrome). Evidently, more research is required to properly understand as well as explain the development of FGIDs in obese people.

Irritable Bowel Syndrome – Know The Reasons Behind It!!

Things Your Doctor Won’t Tell You About Congenital Heart Defects

Gastrointestinal Issues in the Obese Patient

Know Everything About Tummy Tuck! 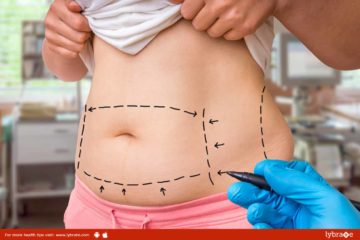