Watch out for the latest gluten fad. This web of half-truths can hurt your health, ruin your digestion and make your life miserable.

The fad I’m talking about isn’t switching to eating gluten-free. It’s the latest dietary advice by so-called experts who are claiming that for most people eating foods rich in gluten is perfectly acceptable.

Consider an article on Yahoo Health entitled “3 Myths about Gluten You Probably Believe,” which is excerpted from a book by Alan Levinovitz called The Gluten Lie: and Other Myths about What You Eat.

According to the article, the first myth is: Everyone should try giving up gluten for a week. The piece says that’s bunk, and most people shouldn’t waste time and money eating gluten free.

But staying away from gluten isn’t more expensive than the standard American diet, unless what you’re doing is replacing the cookies, cakes, chips and pastas in your former diet with the same thing that’s gluten free. That is expensive … and misses the point. A gluten-free diet should cut your calories and cut out much of the processed food you might otherwise eat, and steer you towards more fruits and vegetables to feel full.

When you eat gluten-free, you’re mostly eliminating foods (the ones with gluten), you’re not adding foods that cost more. This can make a big difference in your digestive well-being and go easy on your finances.

Second myth, says the article: Even if you don’t have celiac disease, there’s a good chance you could have gluten sensitivity.

Here, the piece tries to insert certainty where there’s controversy. There is no doubt that millions of people have gluten sensitivity or celiac disease (an autoimmune reaction to gluten) who don’t know about it. But while there are medical tests available to show you have celiac, researchers are still struggling to identify those who are gluten sensitive.

The best way to tell if you’re having problems with gluten (say the experts) – give it up for a while and see how you feel. Be reassured, giving up gluten can’t hurt you. There’s no physical requirement for gluten. It is an indigestible group of proteins that doesn’t do your body any good.

The last “myth” discussed in the article is that gluten is bad at all: Look at the science. One study found that a gluten-free diet reduces the pain of endometriosis. Another showed a link between eating gluten and depression. This research proves that gluten is “bad.”

Admittedly, one or two studies that show a food ingredient like gluten is linked to illness doesn’t prove much. But an overwhelming amount of studies link gluten to physical and mental ills. Researchers, for example, now believe that many cases of schizophrenia are related to gluten reactions that are not celiac and not typical gluten sensitivity. But they haven’t been able to unravel the physiological gluten-related processes that contribute to this illness.

Look, nutrition science is both complicated and easy. Yes, there are so many natural chemicals in food that affect the body that the overall science of nutrition can seem like a maze that leads to confusing conclusions.

Still, the basic advice for eating healthy is pretty simple. Eat plenty of fruits and vegetables. Avoid processed foods. Cook your own meals. Eat organic when you can. Eat real food, not the over-hyped products pushed by fast food chains and food manufacturers. These are big businesses that do not have your interests at heart and want to profit from your “health.”

What is your ‘Food Story?’

5 Homeopathic Remedies To Get Rid Of Dry Skin 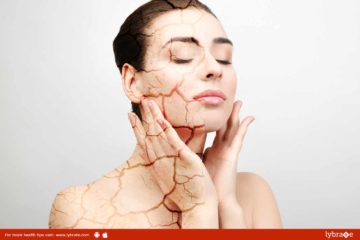