I keep reading about the health effects of coffee, yet I have been taught all my life to stay away from this beverage. Seems there are articles and opinions on both sides. It gives me confidence to know that there are actually loads of science about coffee’s health benefits and potential adverse effects…so I’d like to share with you what I’ve learned about coffee and caffeine — including that you can safely enjoy this natural drink.

A word of caution when reading about coffee’s effects

Let’s face it, advertising and hype is everywhere. You have to be smart and look at the data behind claims. As I followed further into claims about coffee’s potential adverse health effects, I met with some familiar pitfalls by naysayers. They generalize their claims about coffee, but later refer to heavy coffee consumption or to heavy caffeine consumption from any source.

For example, the claim [1] that coffee lowers men’s sperm counts by 30% turned out to be deceptive and actually not even true. Quoting researchers at a Copenhagen, Denmark University on a study of high caffeine consumption and its effects on sperm count, it was the 800 mg of daily caffeine consumed in the form of mainly Cola that caused the lower sperm count, while the men who primarily consumed coffee and tea had no change in their sperm count.

Moreover, the same article made the claim that coffee reduces a woman’s chances of getting pregnant by 27%. However, if you read the entire article you find that the study was done on mice that were given high amounts of caffeine, which appeared to slow fallopian tube muscular contraction, resulting in the observed decreased fertility effect. They did not study women who drank coffee. Remember that coffee is much more than just caffeine—and more than 30 years of research has revealed coffee’s many antioxidants and cell-protective compounds.

Finally, when reading about adverse claims, differentiate between heavy (more than 4 cups per day everyday) versus moderate (1-3 cups or less per day). There really is a big difference here. Also know that heavy coffee drinkers are more likely to smoke, eat junk food routinely, have high uncontrolled stress, and lack consistent exercise—and study data must control for these factors but usually do not.

The adverse claims about coffee

Here are the predominant adverse effects of coffee consumption:

Rest assured, the health benefits of coffee dwarf its few and easily avoidable adverse effects, especially when four or less cups per day are consumed. Beyond drinking coffee for its taste and feel good effects, it has additionally been shown in plenty of scientific studies to:

You know by now that not all caffeinated drinks have similar effects on your health. Sodas and energy drinks contain artificial colorings, flavorings, preservatives, excess refined sugar (or artificial sweeteners), excess phosphorus and a very acidic pH effect.

These “soft” drinks can also be so loaded with stimulants that they are essentially drug uppers. If you search the peer-reviewed literature it will not take long to discover there are no health benefits of caffeinated sodas and energy drinks. Yet their adverse effects are many, including:

To feeling good for better health,

Why coffee is healthy for you

Protect Your Liver With Coffee And Tea 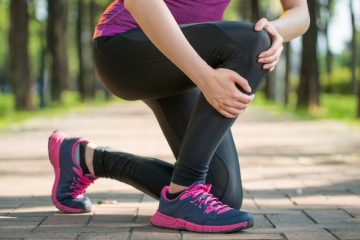