October 4, 2018 admin
Home»Healthy Foods»Fats & Oils»Eat this superfood once a week for a better brain
Fats & Oils

Experts estimate that in the next two decades more than 80 million Americans will lose their memories to dementia and Alzheimer’s disease. But if you eat a unique brain superfood once a week, you can solidify your chances of keeping your ability to think clearly.

Researchers at the University of Pittsburgh School of Medicine have found that eating broiled or baked fish once a week keeps your brain significantly healthier.

“Our study shows that people who ate a diet that included baked or broiled, but not fried, fish have larger brain volumes in regions associated with memory and cognition,” says researcher James T. Becker. “We did not find a relationship between omega-3 levels and these brain changes, which surprised us a little. It led us to conclude that we were tapping into a more general set of lifestyle factors that were affecting brain health of which diet is just one part.”

The researchers examined health data on 260 people who were analyzed for the foods they ate. These subjects periodically underwent had high-resolution brain MRI scans.

“The subset of (study) participants answered questionnaires about their eating habits, such as how much fish did they eat and how was it prepared,” says researcher Cyrus Raji. “Baked or broiled fish contains higher levels of omega-3s than fried fish because the fatty acids are destroyed in the high heat of frying, so we took that into consideration when we examined their brain scans.”

The people in the study who consumed baked or broiled fish at least once a week possessed more brain  gray matter in areas that form memories and are responsible for high level thinking.

“This suggests that lifestyle factors, in this case eating fish, rather than biological factors contribute to structural changes in the brain,” says Becker. “A confluence of lifestyle factors likely are responsible for better brain health, and this reserve might prevent or delay cognitive problems that can develop later in life.”

The dinner that defeats arthritis 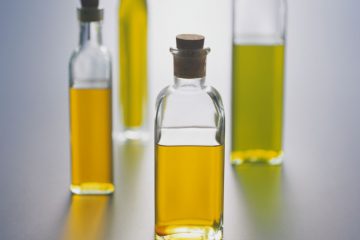