Your brain is a needy part of your body – constantly demanding energy and nutrients. There’s one nutrient it craves – and it’s one that can keep it from aging.

Research at the University of Copenhagen, in Denmark, shows that the brain needs an abundance of fat. The best fat to feed it, say the scientists, is the fat in coconut oil.

For years, nutrition experts have been telling you to hold back on fat. Well, you should hold back, but not on all fats, just on the unhealthy ones. That includes not eating too many bad fats which are abundant in vegetable oils such as cottonseed and corn oil, and that processed foods are filled with. Farm-raised fish are also often too high in unhealthy fats and have very little healthy fat.

But the fatty acids in coconut oil, say the researchers, may help keep you from developing neurodegenerative conditions like Parkinson’s and Alzheimer’s disease. The researchers found that supplying plenty of healthy fat helps keep the brain’s DNA repair system functioning properly. That repair system, in turn, can offset some of the effects of aging.

“… Our study suggests that a high-fat diet can postpone aging processes. A diet high in fat also seems to postpone the aging of the brain. The findings therefore potentially imply that patients with Alzheimer’s and Parkinson’s disease in the long term may benefit from the new knowledge,” says researcher Vilhelm Bohr who is with the Center for Healthy Aging at the University of Copenhagen.

Bohr notes that the brain continually requires fuel in the form of glucose. When glucose is unavailable, the body (including brain cells) breaks down its fat reserves and forms ketones. (This alternative energy supply is used when the liver runs out of glucose to deliver.) In lab tests, the Danish scientists noted brain benefits when the fat from coconut oil, which contains a special type of fat called medium chain fatty acids, was used by the brain.

In their research on aging problems in the brain, the scientists also found that having extra fat in brain cells could help them repair genetic damage more handily.

“… We therefore hope that a diet with a high content of coconut oil or similar fats will have a beneficial effect, because the brain cells are given extra fuel and thus the strength to repair the damage,” says researcher Morten Scheibye-Knudsen who is with the Danish National Institute of Health.

The first thing to know is that edible coconut oil is not the same food grade oil as the oil used in skin and hair products. But you can get it in refined and unrefined forms. I like unrefined because that’s it’s most natural state.

Second, coconut oil lasts a very long time in storage because it doesn’t go rancid very quickly, like some other oils.

Once you find the coconut oil you like best, just add a tablespoon or two of coconut oil to egg omelets, stir fry, sautéed vegetables or anyplace you use oil for cooking. 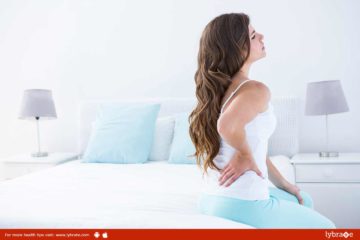