If you feel tired and worn out by the end of the day, scientists at UCLA have an important message for you: You need to start eating the energizing foods instead of the menu choices most Americans make.

In lab tests, UCLA researchers found that lab animals fed fresh food similar to the paleo diet not only weigh less than those eating fast foods, they have more energy and their brains work better, too

“One diet led to obesity, the other didn’t,” says researcher Aaron Blaisdell.

“Overweight people often get stigmatized as lazy and lacking discipline,” Blaisdell says. “We interpret our results as suggesting that the idea commonly portrayed in the media that people become fat because they are lazy is wrong. Our data suggest that diet-induced obesity is a cause, rather than an effect, of laziness. Either the highly processed diet causes fatigue or the diet causes obesity, which causes fatigue.”

Blaisdell now eats a paleo diet, consuming a great deal of vegetables and fruits. He avoids processed food, bread, pasta, grains and food with added sugar. He eats meats, seafood and eggs. He notes that the paleo diet has helped him experience significant improvement in his own health.

“We are living in an environment with sedentary lifestyles, poor-quality diet and highly processed foods that is very different from the one we are adapted to through human evolution,” he says. “It is that difference that leads to many of the chronic diseases that we see today, such as obesity and diabetes.”

In the Kitchen with Kelley: Homemade Chai Tea 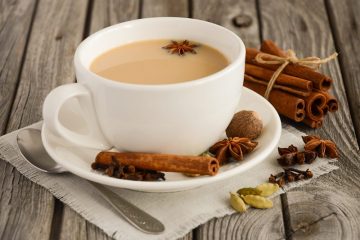