About six years ago I recovered from severe memory problems by giving up gluten. After a gluten-free diet mostly restored my memory, I decided to alter my diet to see if a further change could ease the painful arthritis in my hands. That dietary strategy worked too. But a funny thing happened after I conquered the pain in my hands. I also lost about 15 pounds. Without even trying to lose weight.

I went on a gluten-free diet in 2007 because my memory was deteriorating rapidly. I had read about a study at the Mayo Clinic that showed that celiac (the autoimmune response to gluten) could cause damage to the brain and nervous system. So I eliminated gluten from my diet to see if it would help me with my cognitive problems.

It did. After only about a week of forgoing bread, pizza, breakfast cereal, beer and other foods containing gluten, my memory was noticeably better. During the last few years, as I’ve continued on my gluten-free diet, my brain has continued to recover. At the same time, on reflection, I also realized that my intolerance to gluten had been fogging my thinking and decision-making for my entire life.

Oddly enough, during the first three days on a gluten-free diet, I lost five pounds. I wasn’t trying to lose weight at that time and I don’t think I ate less food than I normally did. I was not overweight and the disappearance of the mystery five pounds did not make a noticeable change in my appearance.

But it was startling to lose five pounds so quickly. I still can’t really explain where it went.

Although my gluten-free diet helped me improve my memory it didn’t seem to help the arthritis in my hands, a condition called Heberden’s nodes which I inherited from my mother. So I decided to try to convert my diet to a version of the so-called paleo diet and see if that would help.

On this new version of my diet, I not only avoid gluten, I don’t eat foods made with corn, soy and dairy. I generally don’t eat any grains, though once in awhile I’ll have some rice.

Within a few months, this new, more restricted regimen seemed to make the arthritis back down. Instead of suffering persistent, unremitting pain in my hands when I played my violin or guitar, I found the aches in my fingers became much more manageable.

Matter of fact, many times when I play the guitar, I forget altogether that I even have arthritis in my hands.

As the pain in my hands has dropped, so has my weight. In total, since giving up gluten and then giving up soy, dairy and corn, I have lost about 15 pounds.

My weight loss is not due to eating less food. Most days, I eat a remarkable amount of food. I usually don’t keep track of exactly what I eat during the day, but last week a friend asked me to list the foods I consumed. My menu for the day included (this does not list what I later had for dinner or after dinner snacks):

I’m not sure why my weight has dropped so drastically. The pounds I lost account for about 10 percent of my total weight. Most of the loss has been in body fat, although I have seen a small decrease in muscle, too.  To make sure that my weight loss was not related to a hidden medical problem, during my last trip to the doctor I had rather extensive blood work performed. The blood tests did not reveal any signs of a condition that might be causing me to drop pounds.

In researching weight loss on a paleo diet, I have found that a few other people have had similar experiences to mine.

Admittedly, my diet is restrictive and eliminates many foods. Just about everything served at a fast food chain is off-limits. This type of diet also necessitates preparing most of your own food and being very cautious when eating out at any restaurant.

But for me, the results have been well worth the effort. I now enjoy a better memory, less arthritis pain and a lower weight. And I eat as much as I want.

The Bleak Future Of Gluten-Free Food

4 Abdominal Exercises for Women Over 60 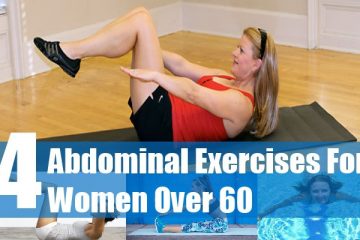