If you eat a paleo diet, you should be using the healthiest cooking oils. Fact is, the type of vegetable oil you use in your kitchen can make the difference between health and illness. Medical researchers believe that by merely switching cooking oils, you can lower your blood pressure, improve your heart health and protect your lungs.

Consider how your vegetable oil interacts with your blood pressure. A study led by scientists at King’s College in London shows that when you use olive oil on your salad, it produces natural substances that bring your pressure down.

The researchers believe that their findings show why the Mediterranean diet, rich in olive oil, helps keep hypertension away.

Vegetables like spinach, celery, lettuce and carrots are rich in natural nitrites and nitrates (nitrogen compounds). When you consume these vegetables along with olive oil which, like nuts and avocados, is rich in unsaturated fatty acids, nitro fatty acids are created in your digestive tract.

Within the body, the nitro fatty acids inhibit an enzyme called epoxide hydrolase that would otherwise raise your blood pressure. According  to researcher Philip Eaton: “The findings of our study help to explain why previous research has shown that a Mediterranean diet supplemented with extra-virgin olive oil or nuts can reduce the incidence of cardiovascular problems like stroke, heart failure and heart attacks.”

The Vitamin E In Olive Oil Is The Best E

The type of vitamin E found in olive oil also provides significant health benefits. Experiments at the Northwestern University Feinberg School of Medicine show that the particular kind of vitamin E in olive oil is more beneficial than the E vitamins found in canola, soybean and corn oil.

“Considering the rate of affected people we found in this study, there could be 4.5 million individuals in the U.S. with reduced lung function as a result of their high gamma-tocopherol consumption,” says researcher Joan Cook-Mills, an associate professor of medicine at Northwestern.

During the past 40 years, asthma rates in the U.S. have been climbing at a frightening pace. This increase, say the scientists, goes along with people’s increasing consumption of soy, canola and corn oils and a switch away from lard and butter.

Cook-Mills notes that countries that consume more olive oil and sunflower oil (which also contains alpha-tocopherol) have much less asthma than we suffer.

Today, in the United StateS, about one in 12 people are struggle with asthma. And the typical American’s blood level of gamma-tocopherol is about quadruple that found in citizens of Europe and Scandinavia that consume larger amounts of sunflower and olive oil.

Tests at the University of Minnesota show that when unsaturated vegetable oils are heated to 365 degrees F and beyond for frying and are kept there for 30 minutes or longer, they form a toxin called HNE (4-hydroxy-trans-2-nonenal) and other related dangerous substances.

“HNE is a well-known, highly toxic compound that is easily absorbed from the diet,” warns researcher A. Saari Csallany. “The toxicity arises because the compound is highly reactive with proteins, nucleic acids — DNA and RNA — and other biomolecules. HNE is formed from the oxidation of linoleic acid, and reports have related it to several diseases, including atherosclerosis, stroke, Parkinson’s, Alzheimer’s, Huntington’s and liver diseases.”

When you reheat oil again and again, you create larger and larger amounts of HNE.

So don’t fry if you can help it. Baking food at lower temperatures is usually a better option.

The dinner that defeats arthritis

The fatty foods that protect your heart, mind and body

Liposuction – 6 Factors to Consider Before Going! 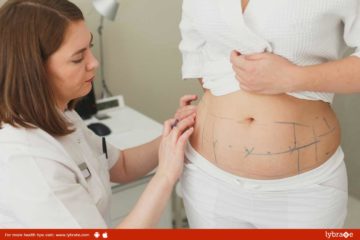