October 4, 2018 admin
Home»Healthy Foods»Paleo Diet»Diet advice: If you see it on the internet, it must be true
Paleo Diet

When planning your meals, if you follow a specific diet, sometimes it seems easier to determine what you shouldn’t be eating than what to include. But one thing I’ve learned is to be a little skeptical about the food advice you find online.

The paleo diet is very popular, I believe for many worthwhile reasons, and there is no shortage of nutritionists and health writers who put their own spin on it, posting online for the world to see — including me. But I’d advise caution when reading these articles, especially the ones that argue for the necessity and frequency of consuming certain paleo-acceptable foods.

For example, my husband brought a recent article from Men’s Fitness to my attention that he had read on Yahoo. And it offers up some ideas I can’t agree with. The piece lists nine foods that, the headline says, “You Have to Eat If You’re Going Paleo.” But I beg to differ.

High on the food chain

The worst advice on this Men’s Fitness list is the number four food: tuna, an item you can certainly consume in moderation but which shouldn’t be a “must-have” or a very frequent food on anybody’s menu.

Although tuna is a dependable source of healthy omega-3 fats, it is a large fish that is high on the ocean’s food chain. A tuna’s diet includes a large number of other fish and, as a result, it can accumulate problematic amounts of pollutants that are circulating in seawater — especially the contaminant mercury.

Mercury is bad news for your body, especially your immune system.

A study at the University of Michigan shows that being exposed to mercury in fish, even in amounts that have traditionally been considered safe, is linked to an increased risk of developing an autoimmune condition like multiple sclerosis, inflammatory bowel disease, Sjögren’s syndrome, lupus, and rheumatoid arthritis.

These conditions arise when the immune system becomes overly inflamed and starts to attack the body’s own tissues and organs instead of fighting off pathogenic invaders.

Autoimmune diseases, which mainly strike women, currently afflict about 50 million Americans. Plus, they are among the top ten leading causes of death for women. Unfortunately, the causes of these diseases elude researchers.

Somer says: “… we believe studying environmental factors will help us understand why autoimmunity happens and how we may be able to intervene to improve health outcomes. In our study, exposure to mercury stood out as the main risk factor for autoimmunity.”

Along with tuna, fish with the highest levels of mercury include tilefish, swordfish and king mackerel.

Wild caught salmon has lower mercury levels and a higher level of beneficial omega-3 fats. Smaller fish, like shrimp, sardines and anchovies are also much lower in mercury.

If you do eat tuna, it is safer to eat tuna from a can. Canned tuna has a lower level of mercury than a tuna steak. Chunk light tuna in a can contains less mercury than canned chunk white tuna.

Generally, my go-to fish choices are sardines, wild-caught salmon and scallops. These fish are relatively high in omega-3 fatty acids that are crucial for heart health and can help reduce inflammation in the body.

If you want to see how your favorite seafood ranks on mercury, you should consult the seafood calculator created by the Environmental Working Group.

And don’t believe every piece of advice you read, especially when someone tells you to eat a particular food regularly. Do some research and see what other paleo proponents have to say about it. Listen to your gut as well. It knows far better than anyone how food affects your body and your health.

What’s that saying, “If you see it on the internet, it must be true…” Far from it! 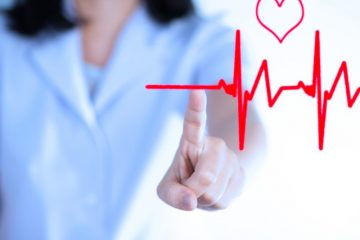