Whether you’re pro-medicinal marijuana or not, there’s no denying that the marijuana plant may have some intriguing health benefits.

And nowadays, you can take advantage of these benefits without getting high. Or damaging your lungs. All it takes is a few drops of cannabidiol (CBD).

Like THC, CBD is an active chemical compound in the marijuana plant. But CBD doesn’t get you stoned. Research performed on cells in petri dishes and on animals suggest that CBD can:

Of course, clinical trials still need to be performed on real, live people. But the therapeutic potential of CBD is promising to say the least.

Last year, researchers in Israel found that CBD oil even has potential in the treatment of diabetes. They discovered that the anti-inflammatory and immune-boosting powers of CBD helped heal diabetic infarction (dead tissue caused by a lack of blood supply) and improve sugar metabolism in rats.

These Israeli researchers were led by Israeli chemist Raphael Mechoulam, who’s been studying marijuana for over 50 years. Back in 1964, Mechoulam was the first person to isolate THC from marijuana and figure out why it gets people high. And he isolated CBD the year before. So he’s basically the father of medical marijuana research.

This year, researchers from University of Nottingham in the United Kingdom performed a randomized, double-Blind, placebo-controlled study on people with non-insulin-treated type 2 diabetes. They found that CBD decreased the production of a hormone called resistin. High levels of this hormone have been linked to obesity, insulin resistance and diabetes. CBD also increased a hormone called glucose-dependent insulinotropic peptide, which encourages your body to produce insulin.

But if you have diabetes and you live in a state where marijuana is legal, you may have another option besides CBD. In their study, University of Nottingham researchers found that another active chemical compound in marijuana has potential in the fight against diabetes — tetrahydrocannabivarin (THCV).

THCV significantly decreased fasting blood sugar levels and improved the production of insulin. THCV also improved levels of adiponectin (a protein that regulates blood sugar). But unlike CBD, which you can buy online or in health food stores now, you’ll need to get THVC from a marijuana dispensary in a state where it’s legal.

Since CBD is easier to get your hands on, you may want to try that first. The stuff that’s now sold legally in stores across the country is extracted from the hemp plant. It comes in a liquid oil form. And you can take up to 25 mg per day. Although, people using CBD for chronic or serious problems will sometimes take more — between 50 and 100 mg per day. But if you’re trying CBD for the first time, your best bet is to start at 25 mg or less and work your way up.

Editor’s notes: Harvard researchers discovered that insulin is associated with a certain type of dysfunctional metabolic mediator. If you fix this mediator to protect your cells and DNA, you can avoid not only diabetes, but most chronic disease — including cancer. But you’ll never hear about this in your doctor’s office… To read Dr. Cutler’s report, click here.

Relax and slash your dementia risk by half 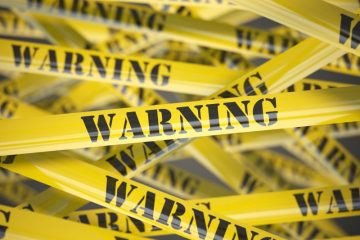