It is quite fearsome to find uncommon behaviour in your own child. Children with disabilities are not so easy to be recognised at initial stage after birth. Sometimes these problems can be noticed with blank expressions or dissatisfying lack of response from the child whereas other babies respond well and actively on someone’s action and communication. This is very shocking to find abnormal and slow growth of your child which is undoubtedly a sign of disability.

Disability in child can be inherited, inborn or scarcity driven. Some inborn categories in disability are irreversible but some of late childhood disorders can be cured when considered initially. It is important to observe the development stages and behavioural enhancement of child. If any oddness confirms it should be taken as priority to be discussed with the paediatrician or behaviour development provider. Here are some major disability syndromes in children reported in a large scale worldwide.

AD/HD is a disability condition which can generally be acknowledged when child is near 7 of age. The condition shows lack of concentration and attention, uncontrolled behaviour and instability. The very disability is unpredictable during initial stage of childhood. It is not yet confirmed that what exactly constrains the condition in children. Whereas medical science believes the scarcity of neurotransmitters in brain lead the disabled stability and attention syndrome in children.

The lacking compound deals with the behaviour control in human being. The most acute signs of AD/HD in children are over activeness, problem in paying attention and impulsivity. Parents and teachers with AD/HD children are advised to give a proper attention to help them not to get depressed and isolated. Parents with the disabled child are needed to make a proper schedule for the child what to do and when. It should also include the praise and reward for better following of rules. Try to enhance the talent of the child to control and manage the concerned behaviour of child.

Children with learning disabilities always face problem in receiving, processing, analyzing and storing the information in expected time limit. Brains with such disability work slowly to learn anything. The most common disabilities with learning areas are reading, writing, solving maths problem and remembering spellings.

Vastly known as autism, autistic is a child disorder related to neurological and growth disability. The very disability occurs during initial three years of the children in which the disable children face constant difficulty to communicate with others and show unfamiliar attitude towards everybody around. Autistic disorder causes disconnection from the society and social understanding. Children with autistic disorder make a separate room for them and do not get attached with outer world.

The most acute symptom of autistic disorder is lack of communication, evasion of eye contact while talking and disinterest in outer world. Children with autism usually follow same routine with continuation of uncontrolled and weird manners. It is an inherited disorder in children which occurs due to some brain deficiency. Children with autism continue with waving hands and get restless while facing noise.

Deafness and Speech Disorder in Children

Deafness disorder can be inborn or caused by injury after birth. The recognising signs and symptoms of the disorder are absent reaction or reply towards sounds and talking and delayed speech development. It is important to treat this disorder in early age for better development and avoidance of other disorders related to deafness.

Children with mental retardation can also be trained with preferred adaptive skills for basic understanding of academic skills and self security functions. The different kind of mental retardation in children can recognise during early stages in which the disorder seems to be inborn. Mild mental retardation can only be learned when child starts going to kindergarten and shows disability problem while connecting with others and faces problem in understanding the academic information. Children suffering with neurological deficiency face problems in each and every general activity done on daily basis.

Down Syndrome in Children

Down Syndrome is a child disorder condition caused by genetic problems with increased chromosomes. The very disorder affects children in both mental and physical development with varied problems. DS in children can be diagnosed in the womb of mother. The condition is incurable and affects children lifelong. The development and other signs of disorders caused by DS can be treated with proper medical attention.

Children with Down syndrome can be recognised with their different and uncommon appearance. Small head, flat nose, decreased muscle tone, unshaped mouth and small ears and abnormally positioned eyes are some of the appearance differences in children with DS. The very condition causes delay in physical and intellectual development. With all varied disorders DS allows to enhance the skill development with adaptive efforts to learn and develop in a manner.

These are some very common disabilities found in children usually affect the development and learning ability by delaying in comparison with average person. These disabilities can be considerable to make the children different from others but a proper guidance and adaptive skills can help them to gradually learn and understand things around them. A lovingly and passionate approach can enhance the development and stability in those children suffering from such disabilities.

A Few Healthy Games to Play With Your Kid

How to Combat Child Obesity Among Children 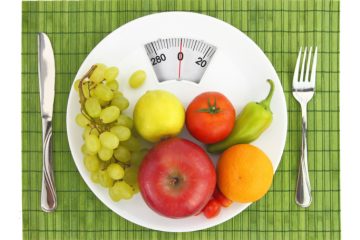