As you probably know, testing for cholesterol has been the standard blood test to evaluate your risk for heart disease for decades.

But when we look at all the data, we find cholesterol itself is not even a real cause of heart disease. In this article, I’d like to tell you the truth about cholesterol blood tests and heart disease risk factors.

The two main types of lipoproteins that transport cholesterol in your bloodstream are:

You’ll also see cholesterol test results with the following along with HDL-C and LDL-C:

Cholesterol is not the cause of heart disease

Now, what if I told you that having elevated LDL-C cholesterol is a rather poor predictor of heart attack? It’s true. When you look at all the data, we find cholesterol itself is likely not the cause of heart disease, even though there have been correlations.

What if the association between LDL-C and heart disease that has been reported from other large studies is be due to the presence of cholesterol doing repair to lesions in your arteries? From this perspective, LDL-C would be a measure of the damage that has already occurred.  Cholesterol is not the real villain.

Yet, mainstream medicine continues to focus on the need for a drug to lower LDL-C and warns against saturated fat. We know that statin drugs do lower heart disease and they lower LDL-C… but they also raise HDL-C. Now millions of people (nearly 1 in 4 Americans over age 45) are prescribed statins to lower their cholesterol. And the worry has been all about “elevated cholesterol.” Cholesterol is not the real villain here.

The real villain is the combination of other modifiable causes (you can change 90% of them through lifestyle) which trigger inflammation in your body. With this inflammation, your cholesterol becomes sticky and then becomes part of an atherosclerotic plaque.

Instead of measuring cholesterol and then taking drugs to lower your cholesterol, you will far more effectively reduce your risk of heart attack by eliminating all these other risk factors which make cholesterol it sticky. Remember, it’s the atherosclerotic plaque that you don’t want…not low cholesterol. In fact, the higher your HDL-C the lower your risk for heart disease. Maybe you will consider supplements that boost your HDL-C such as omega-3 oils in your diet and niacin, along with other heart-healthy supplements, which I’ll discuss in a near future article. 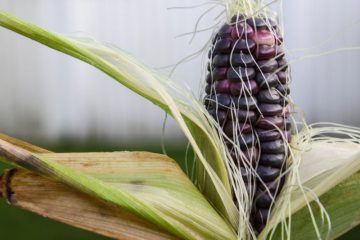