October 4, 2018 admin
Home»Health Conditions»Body Detox»Chlorine and cancer: Use these alternatives in your pool
Body Detox

If you use chlorine to keep your swimming pool clean, you are exposing yourself to massive amounts of government-approved cancer-causing agents.

I previously reported that the government is mandating your drinking/bathing water be contaminated with fluoride and chlorine, and that one shower exposes you to the same amount of carcinogens as drinking a week’s worth of tap water. Just think what a long dip in your pool will do.

Actually, it’s not the chlorine itself that’s harmful, but the reaction from chlorine’s exposure to natural organic matter like decaying vegetation in the source water. Scientists have determined that disinfection byproducts (DBPs) created by this reaction are the carcinogens trihalomethanes (THMs) and haloacetic acids (HAAs).

These DBPs have been shown to cause cancer in laboratory animals. Studies have shown exposure to DBPs increase the risk of bladder and rectal cancers, particularly in smokers. Studies have also shown that DBPs have been linked to asthma. Another study found that after 40 minutes of swimming, people showed a large rise in markers of DNA damage that can lead to cancer. Concentrations of four of the most common byproducts were seven times higher after people swam.

Author and researcher Hulda Regehr Clark, Ph.D., found in her studies that all cancer patients studied over a five-year period had traces of common household bleach (chlorine) in their tumors and in their drinking water.

Researchers have also determined that drinking five glasses of cold chlorinated water a day increases the risk of spontaneous abortions. Chlorine is a definite causative factor in atherosclerosis.

So what to do?

There are alternatives to using chlorine in pools

One is hydrogen peroxide 35 percent (food grade) from chemical distributors. In the heat of the summer you can use 3 to 4 gallons per 20,000 gallons of pool water, every few days as needed.

If you pour the concentrated hydrogen peroxide in without diluting, you will bleach the pool liner. It will also bleach your clothes if you get it on you.

Hydrogen peroxide 35 percent food grade costs approximately $450 per 55-gallon drum. You may have to order through a business or a farm, as they probably won’t sell to an individual homeowner. It’s more expensive to purchase in smaller quantities (about $45 per gallon) available through natural health product distributors.

Hydrogen peroxide is toxic in concentrate but very healthful in weak dilution. It’s very healthy to swim in as opposed to chlorine. Be careful with it and lock away from children. Hydrogen peroxide may damage natural rubber or silver components in the pool’s filtration system.

Another alternative is an ionizer system that uses copper and silver ionization, a UV system or a saltwater system, but these still require the use of some chlorine.

If you feel you must use chlorine, shower — and have everyone who plans to swim do so — before entering the pool in order to remove bacteria and chemicals from your skin. This will cut down on DBPs. 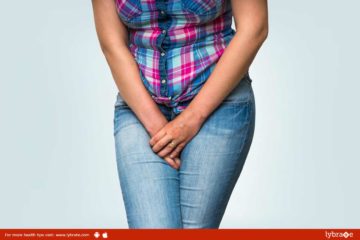