Cause Of Postmenopausal Bleeding in Women

Postmenopausal bleeding can signify several conditions, some potentially serious and demanding immediate medical intervention. When you go without periods for a year, you should not experience bleeding or spotting again. If you experience postmenopausal bleeding, consult a health expert at the earliest. Even is not potentially serious, it may signify an underlying health condition.

Polyps, which may not reveal signs, can grow in various body parts like the cervix and uterus. It is an overgrowth of tissue which can be found in one-fourth of women. Polyps are not cancerous though not in 100% of the cases. The uterine polyps (or endometrial polyps) are generally soft and small masses of the endometrial tissue. When uterine polyps are apparent, you should consult a doctor as they may signify a (potentially) more serious health condition.

There are certain things which may pose risk for polyps in women. These include obesity, administration of an anti-estrogen drug and the age group of 40-50. High blood pressure may also be a risk factor for developing polyps and experiencing postmenopausal bleeding.

There can be thinning of the endometrium, tissue lining the uterus, after menopause. This can be owing to reduced estrogen levels and may result into unexpected bleeding.

On the other hand, the lining of the uterus may thicken due to excessive estrogen and too less progesterone. This can also result into postmenopausal bleeding. Obese women can be at the greatest risk. Endometrial hyperplasia may lead to endometrial cancer (uterine cancer) and needs medical intervention.

Endometrial cancer has successful chances of cure when diagnosed early. It is important that women experiencing postmenopausal bleeding undergo a thorough diagnosis to identify the exact cause of the condition. Even though not common, endometrial cancer can cause death in women. It is usually more common in the urban civilization compared to the rural civilization. Risk factors include early menarche, infertility, diabetes mellitus, late menopause, severe ovulation, breast cancer history and hypertension.

Many other factors can account for bleeding after you have had menopause. These factors include infection of the uterus (or cervix), abnormality of the cervix, hormone therapy, use of blood thinners and other medicines.

The factor can be trivial but not ignorable. Treatments options are many and aimed to correct the underlying cause. Medications, therapies like chemotherapy, hormone therapy, etc. and surgical procedures can be implemented. Sometimes, part or whole of the affected area may need to be removed. In case of endometrial cancer, the earlier the treatment is begun, the better it is for the woman. You should not wait for the bleeding to stop spontaneously if you experience it having menopause. Get in touch with your health expert as soon as possible to rule out a potentially serious condition. By being aware of your body, you can adopt the right approach towards its betterment.

How to Prevent Vaginal Infections

Dangers Of Dieting During Pregnancy

Cause Of Postmenopausal Bleeding in Women 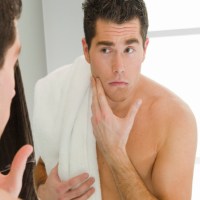