October 4, 2018 admin
Home»Men's Health»Carpal Tunnel Syndrome – Which Form Of Treatment Should You Opt For?
Men's Health

Carpal Tunnel Syndrome – Which Form Of Treatment Should You Opt For?

What is Carpal Tunnel Syndrome?

We depend on our hands for everything! In fact, hands are probably the most used parts of our body, because we can’t really imagine getting anything done, if not from them. At times, if our wrists and hands are exposed to too much pressure, they can develop a condition called the Carpal Tunnel Syndrome. This is especially true for those who are employed in services such as sewing, manufacturing or typing on a daily basis.

Carpal tunnel syndrome is caused due to the compression of a nerve between a person’s wrist and his or her hand. While generally not one specific thing is behind carpal tunnel syndrome and there are so many benefits of being aware of it! This is because early detection and proper diagnosis is the key to make sure that it does not cause a lot of pain that is largely unneeded.

Our hands have a thing called the median nerve, which is the reason why a person has the feeling of sensation in his or her hand. As a matter of fact, this nerve is one of the controllers of the thumb and some of the fingers.

Carpal tunnel syndrome is basically caused when the passageway between the wrist and the hand is confined or squeezed. This leads to a large amount of pain and weird sensations in the hand. A lot of cases of carpal tunnel syndrome are diagnosed by symptoms, such as tingling, burning or itchiness of the fingers, in the initial stages.

Carpal tunnel syndrome can, in some cases, get so bad that people are not able to tell the difference between hot and cold and their muscles of the thumb go numb! In order to stop this, there are ways of treating the syndrome, which are both surgical and non-surgical.

Exercise, under the experienced eye of a trained therapist can work wonders and in quite a few cases, avert the need of surgery. There are some drugs, which fight inflammation and can provide a great amount of relief from pain, too. A more experimental thing to do, to ward off worsening carpal tunnel syndrome is to practice some yoga, which is focused on improving the condition. This is because people who practice yoga are proven to have better grip strength and they happily did not complain of experiencing pain to the same levels as those who did not.

However, most people opt for surgery as a last resort, but it can prove to be a game changer. Carpal tunnel syndrome need not be a bane of working life, as long as a person can carefully observe his or her hands.

Pressing the right buttons- Discovering all the E-zones

Carpal Tunnel Syndrome – Which Form Of Treatment Should You Opt For?

Pull stamina out of thin air with beet juice 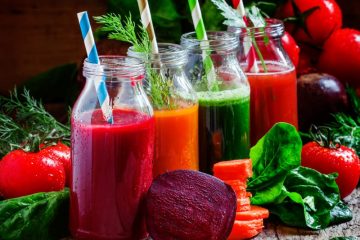