Emphysema is a frightening lung problem that makes it hard to catch your breath. Researchers are only now understanding how it starts and how you can protect yourself against this malady.

Your vulnerability to emphysema begins at a genetic level. Unless the chromosomes in stem cells in your lungs function properly, the lungs’ ability to bring oxygen into the body falters. The result: breathlessness and life-threatening low levels of oxygen in your blood.

All of your strands of DNA, including the ones in lung cells, possess small structures that cap their ends called telomeres. These telomeres play a vital role in defending chromosomes against damage and enabling them to keep functioning correctly.

Lab tests at the Johns Hopkins University School of Medicine show that when stem cells in your lungs that are necessary for oxygen absorption have telomeres that are too short, it disrupts your breathing.

Because of the breakdown of these telomeres, the lungs’ stem cells age prematurely and they cease to divide and reproduce. That interrupts oxygen movement through the alveoli, small sacs in the lungs where blood absorbs oxygen.

Complicating the situation: At the same time as those stem cell telomeres are malfunctioning, the immune system sends immune substances to the lungs that cause the damaging inflammation that also takes place during emphysema.

Previously, it was believed that emphysema was just an inflammatory problem. But the Hopkins researchers have shown it is initially a telomere problem that leads to inflammation.

According to researcher Mary Armanios, doctors and researchers have presumed that “inflammation alone is what drives these lung diseases and have based therapy on anti-inflammatory drugs for the last 30 years.”

Armanios points out that merely trying to limit inflammation doesn’t touch the root cause of emphysema.

Fortunately, there are many ways generally to help the telomeres in your body stay longer and healthier. According to Dr. Isaac Eliaz, some of the best supplements to use include:

Creating chronic disease and pain with your mind 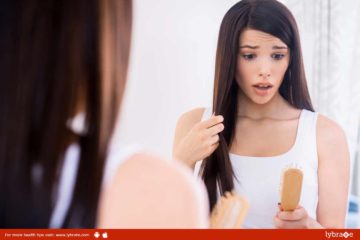