We all think of elite athletes at the height of their athletic powers to be the fittest, and the most well-nourished of people. Yet even the best athletes don’t get enough of one critical nutrient essential to the foundations of their bodies – the bones.

A study at the University of Southern California (USC), shows that one out of every three Division I college athletes are too low in vitamin D. In fact, a shocking number of people who are seemingly healthy don’t have enough of this nutrient.

Researcher Diego Villacis, M.D., administrative chief resident physician at USC, says that this can pose a problem as you age. “Recent studies also have demonstrated that vitamin D levels have a direct relationship with muscle power, force, velocity and optimal bone mass.”

For their study, scientists measured how much bioavailable vitamin D (25-hydroxyvitamin D) more than 200 male and female National Collegiate Athletic Association (NCAA) athletes had in their blood.

The tests were performed during the summer, when the sun is strong enough throughout the U.S. to allow the skin to manufacture vitamin D from sunlight. So you’d expect just about all of these athletes to have plenty of vitamin D.

But 33.6 percent of the athletes tested were found to be insufficient or deficient. Around 32 ng/ml of 25-hydroxyvitamin D is considered “normal.” Between 20 and 32 ng/mL is marginally low (insufficient) and less than 20 ng/mL represents a vitamin D deficiency.

One of the reasons people become deficient even during the summer is the misguided advice from dermatologists to slather on sunscreen and avoid sun exposure, especially tanning. But a better idea, depending on your skin type, is to get at least 20 minutes of sun without sunscreen on to let your skin do its vitamin D act. You’ll need more time in the sun depending on how far north you live, or how close to wintertime it is.

Just don’t get sunburned repeatedly. The best time to get the type of ultraviolet light that helps the skin make vitamin D is between 10 a.m. and 2 p.m.

Vitamin D from food comes from animal products, and that doesn’t mean milk “fortified” with vitamin D. You want natural vitamin D from fatty fish like salmon and sardines. Also, eggs from pasture-raised chickens are a great source of vitamin D. Animals raised outdoors are exposed to direct sunlight which helps them produce vitamin D, too. So their eggs have from three to six times more vitamin D than eggs from hens raised in confinement.

Using omega-3s to clean out your brain 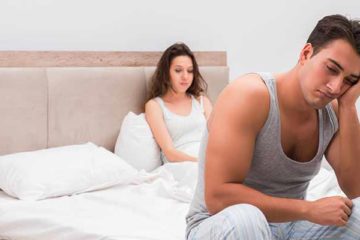