Beefed-up burgers bad for your body

It’s not just fast food burgers that are bad for your health. Commercially grown animals produce meat with contaminants you don’t want anywhere near your body.

You already know about the antibiotics they use on giant food farms… but unless you’re eating grass-fed, pasture-raised meat, your beef has been beefed-up, too. Because they’re now using synthetic testosterone-boosters to promote faster growth.

These can disrupt the hormones in your body while polluting and persisting in the environment for a disturbingly long time.

“What we release into the environment is just the starting point for a complex series of chemical reactions that can occur, sometimes with unintended consequences,” says researcher Adam Ward, who is with Indiana University’s Bloomington School of Public and Environmental Affairs. “When compounds react in a way we don’t anticipate – when they convert between species, when they persist after we thought they were gone – this challenges our regulatory system.”

Ward’s research centers on a chemical called trenbolone acetate (TBA) a synthetic form of testosterone that is implanted into the ears of cows headed for the slaughterhouse.

According to Ward, the cow’s metabolism converts TBA to 17-alpha-trenbolone, a chemical with similar hormonal effects. Aside from remaining as a residue in the meat you eat, 17-alpha-trenbolone is released into waterways like rivers and streams from cow manure. It is also remains in fertilizer used on food crops.

That means that instead of breaking down harmlessly, this pollutant is a serious concern and harms wildlife and plants.

Ward’s latest study shows that TBA and its related chemicals concentrate in streams at a level 35 percent higher than had been estimated. And the biological exposure in the environment is 50 percent higher.

“These compounds have the potential to disrupt entire ecosystems by altering reproductive cycles in many species, including fish,” Ward said. “We expect impacts that extend through the aquatic food web.”

Oh, and TBA and similar endocrine disruptors – chemicals that mess with our hormones – are also infiltrating our drinking water.

So if you’re not eating grass-fed meat, maybe it’s time to start. And it’s also time to start demanding that these chemicals stop being put into animals used to make meat. Because when you ask for a burger with everything on it, you’re also getting some unexpected adulterants in it.

Fortunately, there are dozens of farms that raise their animals in a natural, hormone and antibiotic-free environment. To start, you’ll want to visit www.localharvest.org to find a farm near you where you can get the best naturally-raised meat. To find a farm online from which to order meat, visit www.eatwild.com.

The superjuice that makes your arteries loose

Beefed-up burgers bad for your body 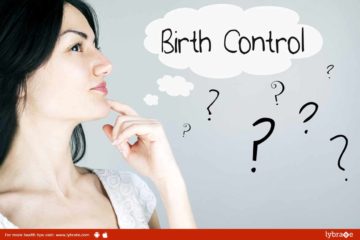