If you want to see every woman in the room cringe, just bring up one of the most common and uncomfortable women’s health issues around — the dreaded urinary tract infection (UTI

Of course, men get them too. But women are much more likely to experience the burning bladder pain of a UTI. In fact, 60 percent of women will have a UTI at some point in their lifetime.

But if you’re one of the really unfortunate women out there, this bladder problem is chronic. You get one UTI after the next. And if it gets bad enough, your doctor may even put you on long-term antibiotics just to prevent them.

But long-term antibiotic use is a huge red flag for health researchers. And it should be for you too if you know anything about one of the most dangerous public health crises looming on the horizon: antibiotic resistance.

It turns out, UTI’s are one of the primary health conditions contributing to antibiotic resistance on a global scale. That’s because they’re one of the most common bacterial infection in women worldwide, and mainstream medicine’s go-to treatment is antibiotics.

The fact that UTI-related antibiotics are contributing to global antibiotic resistance is pretty well documented. The World Health Organization even found that one of the antibiotics most widely used to treat UTIs already has a 50 percent resistance rate— which means this antibiotic is now ineffective for half of all people who try it.

So whether your UTIs are occasional or chronic, scientists agree that you want to avoid unnecessary antibiotics whenever you can… which is why researchers are turning to a well-known natural remedy as a potential source of UTI relief and prevention.

And this remedy doesn’t contribute to the most pressing global health crisis of our time — so that’s a plus.

The remedy is the cranberry. And if you’re a woman who’s had a UTI, you’ve probably chugged a glass of cranberry juice or two to help rid your bladder of that pain-inducing bacteria.

It’s by no means a new remedy for bladder problems. In fact, researchers have been studying the cranberry’s ability to promote urinary tract health for over 50 years.

But now, researchers are looking at the cranberry’s potential in a new light because of growing concern over antibiotic resistance, especially when it comes to treating UTIs.

The latest research published in the American Journal of Clinical Nutrition found that drinking an eight ounce glass of cranberry juice every day reduced symptomatic UTIs in chronic UTI sufferers by 40 percent.

This means, if you suffer from chronic UTIs, you could cut the frequency of your infections nearly in half. That’s a lot less uncomfortable nights spent sitting in pain on the bathroom. 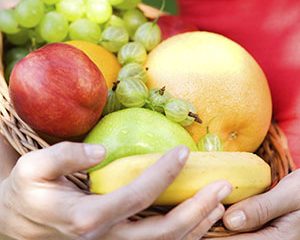