The term “martial art” conjures up a tapestry of different images, depending on who does the conjuring. Middle-aged people may remember the butt-kicking Bruce Lee or recall David Carradine’s role as the spiritually inclined warrior named Kwai Chang Caine on the old “Kung Fu” television series. Those in their 30s might think of actors like Steven Seagal or Jean-Claude Van Damme, as well as video games like “Tekken” and “Dragon Ball.”

These days, many people conceive of martial arts as ultraviolent mixed martial arts (MMA) or the karate day care alternative to soccer. But those in the know recognize it as a deeply rooted, cultural, mind-body discipline that is a boon to health and well-being.

While martial arts today are marketed and viewed as means of self-defense and combat sport, their origin was in the realm of the spiritual. Oral traditions and some centuries-old written works attribute the origin of all martial arts to India. It is said that when an Indian monk named Bodhidharma (Putidamo in Chinese, Daruma in Japanese) walked from India to China, he began what came to be known in China as Chan Buddhism. In Japan, it’s called Zen. Bodhidharma came to the Shaolin Monastery, where he found physically weak monks who fell asleep during meditation. He then set about staring at a wall for years, meditating on a solution to this situation.

The result: a set of exercises to strengthen the muscles and tendons and purify bone marrow. These practices became what today are known as nei kung and qigong energy practices and kung fu training.

One of the key facets of traditional kung fu training (as opposed to modern methods that focus on fighting or sport) is the concurrent development of mind, body and spirit. Studies in Buddhism or Taoism form the two main branches of kung fu: the Shaolin and the Wudang traditions.

Because kung fu is based on the theories of yin and yang, there must be balance in the way it is conceived and practiced.

Balance Is Key To Healthy Training

For there to be true health and well-being, one must strive to strike a balance between excess and deficiency, between hard and soft, between intellectual and physical development. Traditional kung fu training provides such an environment for personal development. The training is physical; and it includes the way the art is practiced and mastered through rigorous stance and leg training (physical strength), forms training (cardiovascular health), posture holding (isometrics), philosophy and something called mo duk (or martial virtue/morality) for spiritual development.

Because of its emphasis on self-defense, traditional kung fu allows you to become spiritual by releasing the ego and knowing you do not have to prove yourself over another. Self-doubts and the fear of others are dissipated. Confidence is raised. Mental and emotional health can develop alongside the physical and energetic aspects.

For instance, consider that running works on cardiovascular heath but can break down the knees. Moreover, studies show that many long-distance runners tend to have unhealthy enlarged hearts and may die of heart attacks sooner than non-runners. Aerobics often build good cardio fitness but lack any form of mental, emotional or spiritual development. Even using a stair machine to exercise separates mind from body (especially if you watch a video screen while exercising). It also separates the lower body from the upper body.

Moving through the forms or prearranged solo-fighting sequences is a masterpiece of exercise. Studies show that the body deals with calories, using them up or storing them, depending on its energy needs.

Kung fu forms are short in duration (lasting about 60 to 90 seconds at a time) and combine fast and slow, relaxed and tensed movements in combination. Therefore, your body learns to burn calories based on short duration energy spurts that are not of just one type, but include fast and slow twitch muscles and varying cardio exertion.

Breath work (breathing exercises), are an essential part of traditional kung fu training. These include things like passive-meditative, steady, long breaths as well as qigong breaths that involve arm movements. There are also exercises that entail stopping and starting your breaths, combined with hand and foot combinations.

The lungs bring oxygen into the body and blood. As the lungs pump the blood, lymph and other body fluids also move. The more consistent movement of body fluids, the better the kidneys can clarify fluids to recycle and move toxins to the bladder, the better the blood can carry nutrients and oxygen throughout the entire body and the better you feel overall.

While I am a big fan of traditional kung fu training as a comprehensive mind-body discipline and self-study, finding a good school can be difficult. Many traditional teachers have had to close their schools or change them into MMA gyms or day care-like centers for kids in order to stay financially afloat.

To locate a reliable school, go online in addition to visiting physical locations. Search for a genuine, traditional kung fu school (or class) that offers the total wellness package I recommend. If you can find it, it may forever change your life.

Causes of Male and Female Infertility 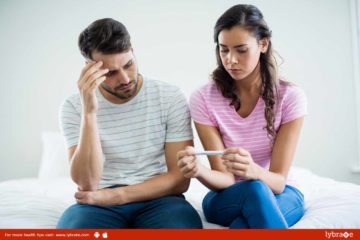