There are many criticisms of the modern Paleolithic diet and they all overlook a simple fact: It is not meant to exactly replicate what our ancestors ate. Instead, it is meant to take the general concepts and apply them to our modern food supply as well as we can, in an effort to restore human health and reverse the epidemic of chronic diseases that have plagued humans since the agricultural revolution.

In my article last week, I detailed how Michael Pollan, a celebrated food writer who is critical of the paleo diet, and someone with whom I usually agree, seeks the same goal, with only a slightly different approach. But for those with autoimmune disease and other chronic conditions, those slight differences spell the difference between just surviving and actually improving and restoring health. Let’s look at those differences a little more closely.

Pollan recommends whole foods and cooking. Excellent. But he does not advocate the elimination of grains, legumes, and dairy products — foods that are excluded when following a diet that adheres to paleo principles. Any logical person knows that just because humans didn’t do something in early history doesn’t mean we shouldn’t do it now. Maybe the relatively recent addition of huge amounts of grain and dairy into the human diet are just fine for us? Let’s consider.

There has been a lot of research into the modern incarnation of a hunter-gatherer type of diet, and the conclusions of that research are generally that the diet isn’t just good in theory. For example, in one study, when healthy volunteers adopted a hunter-gatherer diet, rich in animal protein, non-starchy vegetables, and berries, there was a significant improvement in multiple biological markers of health status with subjects experiencing improvements in blood pressure, blood cholesterol values, and improved sensitivity to insulin. [1][2]

In another randomized crossover trial, subjects were given a standard diabetic diet or a hunter-gatherer diet for three months and then switched to the other diet. Again, scientists found that the hunter-gatherer diet was associated with better blood sugar control, better blood pressure, better cholesterol values, and more weight loss than the standard diabetic diet. [3]

In an effort to compare the modern paleo diet with the standard American diet, Dr. Jayson and Mira Calton did a micronutrient analysis of several current diets including Diane Sanfillipo’s Practical Paleo Diet and Mark Sisson’s Primal Diet for their book, Naked Calories, Revised Edition, and discovered that those diets were much more nutrient dense than the standard American diet and were among the most nutrient dense diets that they analyzed. Great news!

These paleo-style diets are obviously far superior to the standard American diet, but without specific guidance to maximize the micronutrient content, anyone following these diets is still at risk for missing key brain and key mitochondrial vitamins, minerals, essential fatty acids and antioxidants. If you have chronic health issues, this is a critical factor to consider. The Wahls™ Diet is specifically designed to hit the RDA targets and exceed them in every category.

And what each level of the Wahls™ Diet plans seeks to replicate, in an attempt to avoid or repair these detrimental processes, is the original human diet. I do it in a very structured way, so you can fill your plate with foods that will ensure you get the maximum nutrition possible using agriculturally available products.

Few of us actually hunt and gather our food from the wild, nor do we have the exact knowledge our ancestors had about how to get the most nutrition from the foods growing in our locale. However, if you eat a diet heavy in leafy greens, non-starchy vegetables, and berries, as well as animal protein (without including any of those more recent troublesome dietary additions, like gluten grains or dairy products), you have the best possible chance at optimizing your health. And I speak from personal experience not only as a doctor, but as a patient.

I had been dependent upon a tilt recline wheelchair for four years due to secondary progressive MS. I am a physician scientist, and based upon on my review of the latest research on the nutritional needs of the brain and traditional societies, I created a diet and lifestyle program, based on paleo principles, to try and slow my decline.

The results stunned everyone, including my physicians. One year after adjusting my diet and lifestyle, I was walking easily throughout the hospital and even able to bike 18 miles with my family. It changed how I view the world of disease and health. It changed how I practice medicine. And it changed the focus of my research, which now tests the power of a modified, specifically nutrient-dense paleo-style diet to treat multiple sclerosis and other chronic diseases. I teach the public and the medical community and have written a book, The Wahls Protocol: How I Beat Progressive MS Using Paleo Principles and Functional Medicine, that describes in detail the diet and lifestyle changes that I used to heal myself and that I am studying in our clinical research.

Paleo may seem like a fad right now, but the reason it has become such a popular way of eating is because for many of us, grains, legumes, and dairies have a detrimental effect, and intensive nutrition based on natural plant foods, meat, and fish makes us feel better than we ever have before. Energy soars, brain fog clears, and in many cases, declines in mobility reverse. We have so much more health and vitality by excluding grain and dairy and severely restricting legumes, eating vegetables, berries, and meat instead.

It is the nutrient density combined with the elimination of detrimental foods that determines whether the diet is health promoting. The diet we use in our clinical trial, a structured paleo diet that we call the Wahls™ Diet, has 1.5 to 8 times the levels of vitamins, minerals and essential fatty acids in it as compared to the standard American diet. In the end, I believe the only real measure of the worth of a diet is nutrient density and the elimination of detrimental components. Held up to that standard, the modern version of the paleo diet is among the most health-promoting diets available to humans today. 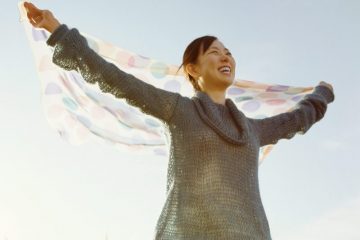