October 4, 2018 admin
Home»Healthy Foods»Gluten»As You Get Older Your Chances Of A Gluten Problem Grow
Gluten

Although some people still insist the movement to eat a gluten-free diet is a passing fad, medical research is proving that health damage from gluten is actually an under-appreciated problem. A scary aspect of the gluten situation: Unlike allergies, which many people outgrow, you can grow into an autoimmune reaction to gluten. And it can threaten your life.

Not Just For Kids

Celiac disease, the autoimmune reaction to gluten that can destroy the walls of the small intestine, was originally considered to be a childhood illness. After World War II, when scientists figured out that gluten was the culprit in killing children with celiac, it wasn’t believed that older adults could develop the disease.

Bread shortages in Europe during the war had helped provide the clues needed to understand the roots of celiac disease. Until then, no one had been able to discern why children with celiac failed to thrive even though they seemed to be eating a nutritious diet. But when many Dutch kids were forced by the war to do without bread in the early 1940s, the children with celiac enjoyed improved health. When bread was reintroduced to the country, they became sick once again.

A doctor from Holland named Willem-Karel Dicke is credited with making the connection between consuming wheat proteins and celiac. In 1950 he wrote the thesis that helped convince the rest of the medical world that foods made from wheat, barley and rye were to blame for causing the misery of celiac.

But what was first thought to be a digestive disease that afflicted children has now proven to be a disorder that increasingly strikes older adults. Research shows that “a substantial portion of (people with celiac) are diagnosed after the age of 50.” One out of three people discovered to have celiac are now over the age of 65. Researchers estimate that anywhere from 2 to 3 million Americans with celiac — about 95 percent of its victims — don’t even know they have the disease.

That high rate of undiagnosed disease is causing major health issues. Older adults may already have difficulties properly absorbing nutrients from their diet. But if they have celiac, which interferes with the proper functions of the digestive tract, their absorption of nutrients may grow even more defective.

A shortage of iron and other micronutrients is responsible for the fact that up to 80 percent of older people with celiac suffer anemia. They also frequently experience deficiencies of folate and vitamin B12.

Additionally, celiac can interfere with the absorption of calcium and vitamin D, nutrients that are needed to keep bones strong and help protect against a wide range of disease.

If you’ve got celiac you also run a higher risk of other autoimmune dysfunctions. Autoimmune thyroid issues are rampant among people with celiac and most elderly adults with celiac suffer from an underactive thyroid.

Some of the most common signs that you have celiac include:

* Nerve tingling in hands and feet

A growing number of researchers now also believe that gluten can be linked to severe headaches. In a study reported in the Journal of Headache Pain, researchers emphasize that eliminating wheat may be an important step in relieving headaches. In addition, other research has shown that migraines are one of many neurological problems linked to celiac.

Nobody fully understands why older people are increasingly susceptible to gluten reactions. But it is understood that eating a gluten-free diet can make a big difference in your health if gluten is giving you serious health issues.

9 Things You Must Know Before Going For An IVF 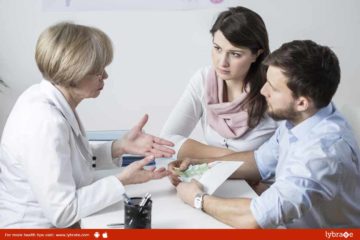