Acne vulgaris, simply known as acne, is a skin condition that occurs when dead skin cells and oil production clog up the skin pores. It is mistaken as blemishes, blackheads, zits and pimples. Mild acne causes few pimples or red spots. However, in severe cases of acne vulgaris, the face as well as back, neck and even chest gets covered by hundreds of such pimples. Sometimes the pimples are accompanied by red lumps of painful cysts.

The chief reason of acne vulgaris is clogging of skin pores with dead skin cells and oil. When germs enter these pores, they result in pus formation, redness and swelling. However, acne vulgaris is associated with hormonal changes that account for oily skin. Hence, acne vulgaris is common among teens that have just attained puberty.

Nevertheless, acne vulgaris follows people to their adulthood. Acne vulgaris is also caused by dietary habits. It has been seen that people who eat fatty and fried foods mostly suffer from acne vulgaris. Oil-based cosmetics too worsen the symptoms of acne vulgaris. Moreover, genetic factors are also equally responsible for acne vulgaris.

Some of the common symptoms of acne vulgaris are pimples, blackheads and whiteheads. Large pimples are called cystic lesions. The symptoms may appear on the face, neck, back, chest and shoulders. Acne vulgaris symptoms are painful and leave a scar on the face.

Keeping the skin clean is the sure shot way to prevent acne vulgaris. You should always go for non-comedogenic products that do not clog pores. While washing the face at least twice per day is mandatory, you should avoid scrubbing the pimples harshly.

A simple acne cream containing salicylic acid and benzoyl peroxide helps a great deal in treating fewer pimples. One can get rid of acne vulgaris scars through dermabrasion – a laser skin treatment – that improves the skin texture as well.

Less severe cases of acne vulgaris can be treated with over-the-counter topical medicines and lotions. These acne lotions kill bacteria, dry up the oil and prevent deposition of dead skin cells. The chief constituents of these lotions are sulfur, benzoyl peroxide, salicylic acid, resorcinol, etc. There may be some initial side effects to these OTC lotions such as flaking, dryness and skin irritation. However, these problems go away within the first month.

The combination medications include combination of benzoyl peroxide with eyhtromycin (Benzamycin) and clindamycin (Benxaclin). Inflammation caused by acne vulgaris is treated by dapsone gel. Topical medicines that are prescribed often result in redness, peeling, burning and stinging. So, these medications should be taken in smaller quantities first and then the dose should be increased gradually.

Oral antibiotics should be taken along with benzoyl peroxide so as to reduce risk of developing antibiotic resistance. Also, antibiotics have their own side effects such as skin discoloration, upset stomach and dizziness.

Contraceptives alleviate symptoms of acne vulgaris. Combination of ethinyl estradiol and norgestimate is proved to be beneficial.

There are side effects to oral contraceptives as well such as breast tenderness, headache, nausea, depression, etc. Oral contraceptives, when used over long period, pose threat of heart disease and cancer.

In sever instances of acne vulgaris, when the person develops deep cysts, isotretinoin comes as rescue. Although it treats acne vulgaris effectively, it has serious side effects such as dry mouth, eyes, nose and lips that have to be monitored by dermatologist closely.

Pregnant women must not resort to it. It also causes nosebleeds, itching, improper night vision, sensitivity to the sun, and muscle aches. It increases cholesterol levels and liver enzyme levels. It has also been associated with increased depression and tendency to suicide.

Laser therapy and light-based therapies penetrate to deeper layers of the skin and causes no harm to the dermatogen. These treatments damage sebaceous glands that produce excessive oil and destroy the bacteria that trigger inflammation.

Light therapies are known to improve overall complexion of the person. These therapies are recommended for those who can’t tolerate prescribed medications.

Procedures such as microdermabrasion and chemical peels reduce the fine lines and facial scars. They also make the skin less prone to damaging effects of the sun. These procedures do have temporary side effects such as redness, blistering and skin discoloration.

Tea tree oil is a well known natural remedy for acne vulgaris. You can either apply tea tree oil directly on the skin or apply lotions containing tea tree oil and 5% benzoyl peroxide.

Zinc reduces inflammation caused by acne vulgaris. You can use zinc supplements or eat foods such as oysters and wheat germ that are rich in zinc.

Its strain called CBS 5926 reduces acne vulgaris. Some of the side effects of Brewer’s yeast are migraines and stomach upset.

Natural acids such as alpha hydroxyl acids are found in citrus fruits, sugarcane, grapes and apples. These acids remove dead cells and get the pores unclogged when used topically. They also improve facial complexion.

Dos and Don’ts for acne vulgaris

Mild symptoms of acne vulgaris can be treated at home as well. One should wash affected areas with mild cleanser. One should avoid scrubs and astringents as they cause irritation to the skin. Since your hair touches your face and area around it frequently, you should wash it properly. You should avoid wearing tight clothes. Try wearing big hats to avoid sun exposure.

Whiteheads On Face – Causes And Remedies

The Seven-Day Cure For Sleep Problems 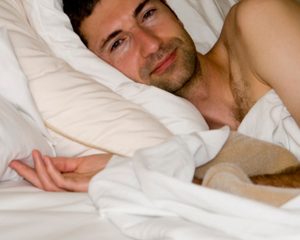