Rosacea is the name given to acne-like condition of the skin among adults. This chronic and incurable condition is characterized by periodic flares and symptoms. It is common among Caucasians as compared to people from other parts of the globe.

Some of the common symptoms of acne rosacea are red/pink patches on the skin, visible broken blood vessels and red bumps that contain red cysts, pus and pink eyes. The worst thing about acne rosacea is that it remains undiagnosed for long as it is not easily spotted or distinguished. Acne rosacea is often misunderstood as excessive blushing or overly sensitive skin.

There is no evidence of the contagious nature of acne rosacea. Acne rosacea symptoms fluctuate. The skin might remain clear for weeks together without any cases of flare-ups leading you to conclude that the condition is resolved. But to your utter dismay the symptoms tend to erupt again. Acne rosacea causes inflammation on the nose, cheeks, forehead, face and chin.

The most striking aspect of acne rosacea is that people suffering from it do not outgrow it. Also, red bumps caused by acne rosacea can neither be squeezed nor extracted (even by professional techniques) unlike in the case of common acne. Acne rosacea leaves a pink or red tinge on the face that is not the case in people with teenage/common acne.

Rosacea’s exact cause is still unknown. Some of the common causes of acne rosacea happen to be genetic factors, exposure to sun, hair mite called demodex folliculorum, medicines that dilate blood vessels and gastrointestinal diseases. In addition, emotional factors such as anxiety, embarrassment, fear and stress also aggravate acne rosacea.

In rare cases, diagnosis of acne rosacea is done through skin biopsy, skin scraping (to remove infestation by skin mite called Demodex) and skin culture (to remove other skin conditions like staph infections). Although blood tests are not essential, they can help detect other diseases such as lupus with facial blushing as symptom.

Medicines for common acne and acne rosacea are quite similar as symptoms of both the skin conditions overlap. While mild acne rosacea does not need treatment, resistant cases can be easily cured through sulfa wash followed by application of antibacterial cream twice a day. Oral antibiotics can also be used if flares show up. home remedies can be combined with photodynamic therapies after consulting a physician. Here are some medications for acne rosacea

Both these topical creams control rosacea bumps and redness. Both these medications can also be taken alternately. Another antibiotic cream sodium sulfacetamide reduces inflammation caused by acne rosacea.

People with moderate acne rosacea can treat the condition with oral antibiotics such as tetracycline, minocycline, amoxicillin and doxycycline. These oral antibiotics help reduce the inflammation associated with rosacea. They also treat the pimples. However, one should keep in mind the side effects of these antibiotics.

Sensitive skin cleansers, found easily over the counter, help relieve the symptoms of acne rosacea. One should avoid harsh soaps as well as excessive rubbing. Some recommended cleansers are sulfa-based washes and benzyl peroxide washes.

These chemical peels need to be applied every fortnight or after the lapse of four weeks. These peels are not suited to everyone and can cause mild burning, stinging, itching and irritation in people.

Isotretinoin is prescribed only in case of severe acne rosacea when other treatments and medications fail. It is generally taken as a capsule over a period of 6 months. One who is on isotretinoin should consult the physician and go for regular blood tests. Women looking forward to pregnancy must consult the physician before taking this medication.

Short-term cortisone preparations also help in reducing inflammation. Some commonly used mild steroids include desonide as well as hydrocortisone that should be applied at least twice every day. However, use of these steroids over long period of time can cause irritation and may contribute to rosacea flares.

These treatments reduce the noticeable blood vessels on the skin and relieve perennial redness. In fact, these intense light therapies improve the complexion of skin.

The discomfort caused by laser treatment can be relieved by topical anesthetic cream and ice packs. The laser light treatment should be repeated at an interval of 3 to 6 weeks. Exposure to sun should be avoided while on the treatment.

This therapy uses topical photosensitizer liquid and light. The liquid is applied on the skin and light activates the sensitizer. Rosacea patients can also be put on Levulan and blue light treatment, which is primarily meant for patients with acne vulgaris. It also detects pre-cancers.

Photodynamic therapy reduces inflammation and alleviates pimples, besides improving overall complexion. PDT is completed within a month’s time. People on PDT should strictly avoid exposure to sun. However, most people complain of mild sunburn and discomfort during the treatment.

Exposure to sun triggers rosacea flares. It should be avoided with the use of physical sunscreens containing titanium and zinc. One should wear a wide-brimmed hat while going out in the sun.

Whiteheads On Face – Causes And Remedies 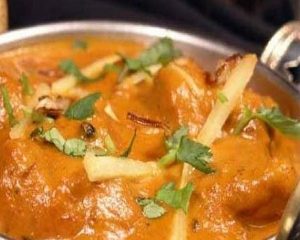