October 4, 2018 admin
Home»Health Conditions»Pain»A light at the end of the tunnel for migraine sufferers
Pain

Besides the excruciating pain, one of the most debilitating symptoms of migraine headaches is an extreme sensitivity to light, known as photophobia.

When you have a migraine accompanied by photophobia you have no choice but to hole yourself up in a dark room waiting for the pain to pass. There’s no going to work, no trips to the grocery store and no dinner and a movie with friends. You basically become a slave to your migraine symptoms.

And if you’re one of the many migraine sufferers who experiences photophobia, you know there’s not much your doctor can do to help you treat it. Sure, you can try over-the-counter or prescription migraine medicines, but they only provide temporary relief and come with a ridiculously long list of side effects.

But there is an interesting new remedy on the horizon for photophobia sufferers… one that doesn’t involve a prescription bottle.

Researchers from Harvard Medical School found that a narrow band of green light can actually ease the symptoms of photophobia and even relieve headache pain by 20 percent.

To determine how different types of light effect those with photophobia, researchers asked participants experiencing migraine attacks to report how several light intensities and light colors impacted their headache. At high intensities, all colors of light worsened headache symptoms — except for green.

Researchers are not quite sure why this is the case, but they did notice that green light produced the smallest electrical signals in the retina and the cortex — meaning your eyes are less sensitive to it.

Researchers also noticed in animal studies that neurons in the thalamus (the part of the brain that receives input from the retina) are least responsive to green light.

So if you’re a frequent migraine sufferer, maybe it’s time you turn to the light… only if it’s green, of course.

Unfortunately, researchers say it’s going to take a lot of time and money to come up with a light that successfully harnesses their findings in a way migraine sufferers can use. That’s because they will need to invent an inexpensive light bulb that produces green light in a narrow band wavelength at low intensity.

But colored light therapy is nothing new. So even if you don’t have the exact bulb researchers used, you can see if green light therapy works for you the next time a migraine with photophobia sets in. After all, what do you have to lose, other than your migraine symptoms?

You might also want to try another natural remedy that helps prevent migraines in the first place, like coenzyme Q10, which has been shown to reduce migraine frequency when taken three times per day at a 100 mg dosage.

Give up your sit-ups before you mess up your back

When the pain won’t stop 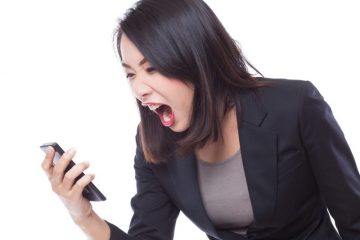