Conventional thinkers believe that your energy and vitality levels decline progressively and significantly beginning around the fifth decade, and this can be true if you allow it. However, nowhere is it written in stone that you should trade in your sports equipment, gym membership, travel plans, and sex life after reaching the half-century mark. In fact, there are some effective ways to increase your energy after 50 and thoroughly enjoy the second half of your life. Typically these tips involve boosting or strengthening your testosterone (T) levels, which in turn enhance energy.

Knocking back a few drinks after work or when you’re with the guys or at a party is a sociable thing to do, but it doesn’t play to well with your T levels. Alcohol takes a toll on T in several ways, including reducing the rate at which you produce the hormone, as well as increasing its metabolism and elimination from the body.

Not all alcohol is created equally; for example, the hops in beer have estrogen-like qualities that can significantly reduce T levels as well as adding to weight gain (another T-sapper). Other alcoholic choices are T-killers as well, but if you feel you must drink, stick to one or two vodka and sparkling waters with lime on occasion, since this type of alcohol is less aggressive against testosterone

What’s in your medicine cabinet? If you are using after shave, soaps, body lotions, and deodorants that contain fragrances, then you are exposing yourself to chemicals that can cause a decline in testosterone levels. More than 3,000 chemicals are used in so-called fragrances, and two-thirds of them have not been safety tested. In addition, some of them have been linked to allergic reactions and hormone disruption.

Even non-fragranced health care products often contain potentially toxic substances such as parabens, petroleum, and phthalates that have a negative impact on your health. A study in Human Reproduction noted that men exposed to phthalates show a decline in the secretion of testosterone. Check out the items in your bathroom, and once you get over the label shock, replace them with organic and all-natural products instead.

And as a rule of thumb, avoid anything with a fragrance going forward in life after 50. That “smell” is nothing more than testosterone sucking chemicals.

Abstaining from food for 24 hours once a week or several times a month can boost your testosterone levels and reduce inflammation. Animal research has shown that intermittent fasting helps protect the brain and heart against injury as well as improves glycemic control.

Intermittent fasting can make you irritable, so be sure to try and keep your sense of humor while fasting. It’s best to start your fast in the evening; say, around 6 or 7 PM and continue until the following evening. Break your fast with a light meal such as steamed vegetables and brown rice, fresh fruit, or a green smoothie.

You can read more about my personal fasting program here.

Your testicles (which are the primary manufacturers of testosterone) like to be cool, so when possible, keep them gently confined (i.e., no tight underwear or pants) or free (i.e., sleep in the nude). When the testicles are tight against the body, their temperature rises, which can lower T production.

At the same time, think cold once or twice a week. That means briefly exposing your body to ice baths, cold showers or cryotherapy, which not only may reduce inflammation (a key factor in many chronic diseases) but increase your energy, support testosterone production, and boost human growth hormone levels.

While the scientific evidence that cold water can provide these benefits is “very thin,” according to Andrew Weil, MD, such exposure does offer some health advantages, such as enhancing male fertility (and thus the T argument) and boosting the immune system.

Putting on extra pounds as we get older and experiencing flagging energy are common concerns, but if you eat healthy fats in moderate amounts, these complaints can melt away. In fact, the right fats (e.g., monounsaturated, omega-3 fatty acids, polyunsaturated), which are found in avocados, nuts, olives and olive oil, and coconut oil (the latter contains medium-chain triglycerides) can help with weight loss as well as support testosterone levels and offer other health benefits.

Naturally you want to watch your intake of healthy fats because, like the unhealthy ones, they are high in calories. However, as new research in the Journal of Nutritional Biochemistry has shown, medium-chain triglycerides and monounsaturated fats appear to be helpful in preventing cardiovascular disease. Omega-3 fatty acids also play a significant role in hormone production, including testosterone. This is the one I take.

The ubiquitous beer belly being carried around by many aging men is not the look of success. Excess belly fat and other added body baggage are brewing grounds for estrogen, which helps cause testosterone and energy levels to decline, as well as contribute to a waning libido.

Having less fat and more lean muscle, on the other hand, promotes higher T levels. It’s never too late to make the change, and one way is to engage in P.R.I.M.E Training (Peak Repetition Intervals at Maximum Effort). Basically, it involves all-out effort doing running, jumping, rowing, or similar exercises for 20 to 30 seconds followed by 60 to 120 seconds of rest between sets. Working your big muscle groups (quads and hips) by lifting heavy weights is also a T and energy booster and should be performed several times a week.

You can read more about P.R.I.M.E Training and more tips to help you increase your energy and T levels in my book.

If you are not getting six to seven hours of sleep every night (and that includes the weekends), then it’s no wonder your energy and T level are flagging. Sleep is essential for hormone production, so getting insufficient sleep is like shutting down the T-factory.

If you are having difficulty getting enough sleep, falling asleep, or staying asleep, evaluate your sleeping environment (e.g., room temperature, pillow and mattress, light, noise) and pre-retiring habits (e.g., use of electronic devices, caffeine or alcohol consumption). You also may want to consider taking about 300 mg of magnesium or another natural sleep aid.

I’ve also started taking 2 tablespoons of apple cider vinegar, mixed with some honey and a little hot water before going to bed. I has not only helped with my sleep, it’s also helped keep my blood sugar under control.

Are words holding you back? 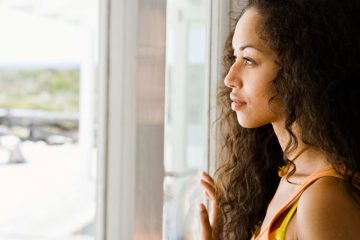