As more and more states approve the use of medical and recreational marijuana, there is growing concern about the negative health effects of this drug, along with a cautious appreciation for some of its benefits.

Similar to many other drugs, medical marijuana has a good-guy/bad-guy profile, yet it is different from the vast majority of other medications on the market because it has an illicit past and usage history. This certainly presents a challenge to healthcare professionals and society based on its high potential for misuse and misunderstanding…

Results of both animal and human studies have shown that exposure to marijuana reduces fertility in males. More specifically, regular exposure to cannabis lowers sperm concentration, alters sperm structure, and also has a negative impact on motility and viability. As the authors of one recent study warned, “Health professionals should definitely also keep the association and potential impact of marijuana on male fertility in mind when prescribing medical marijuana.”

The impact of marijuana use on the heart is immediate. You can expect a rise in heart rate by as much as 100 percent, which occurs most acutely after smoking and may last for several hours. Other effects can include an increase in both systolic and diastolic blood pressures, chest pain, weakening of the heart (cardiomyopathy), and irregular heart beats.

The effects of smoking marijuana on the lungs are mixed. Some experts say they are similar to those associated with smoking tobacco and include increased production of sputum, cough, serious lung diseases (with chronic use), a weakened immune system, and that it “poses a potential risk for developing lung cancer,” although such an association “is not decisive.”

Others, however, including a team at Emory University School of Medicine, note that moderate marijuana use — one joint per day, for example — will not result in the same amount of harm to the lungs that cigarette smoking does. That is, such users were able to “forcibly exhale the same volume of air in one second (known as forced expiratory volume, or FEV1) as someone who didn’t smoke marijuana.” The team did point out, however, that these marijuana smokers were more likely to experience sore throat and cough than nonsmokers.

New research from the University of Bordeaux in France explains how marijuana use, and specifically the cannabinoid known as delta-9-tetrahydrocannabinol (THC), can affect the brain and result in memory loss. Because THC and other cannabinoids in marijuana are similar to cannabinoids that occur naturally in the body, they can attach themselves to cannabinoid receptors on neurons in the brain. This allows the cannabinoids to impact normal brain functioning, including memory. Researchers have shown that THC can impact the hippocampus, which is the region of the brain responsible for forming memories.

Experimental evidence shows that prostate cancer cells possess elevated expression of two cannabinoid receptors and their stimulation results in an increase in apoptosis (cell death) and a decline in cell viability, two factors that are effective in fighting prostate cancer. Marijuana use also can be beneficial for managing pain in men with bone metastatic cancer pain.

Marijuana also has been noted as helpful for some cases of glaucoma because it can be effective at lowering intraocular pressure. However, the dose used to treat glaucoma may also have a negative impact on the cardiovascular and neurological systems of some individuals, so it should be used only under guidance of a physician. A new review from University of Nottingham Medical School reported on other potential health benefits associated with marijuana use, including treatment of epilepsy, feeding disorders, pain, and multiple sclerosis. The National Institute of Drug Abuse mentions that marijuana may be used to reduce inflammation, possibly to treat mental illness and addiction, and has shown some promise in fighting cancer. 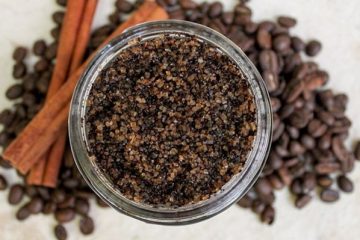