The marathon (and the Ironman triathlon) has developed a reputation as the true test of athletic fortitude: manhood in 26.2 miles. Buy into this myth too completely, however, and you may end up hurting yourself.

By that I mean you shouldn’t consider long-distance running a viable way to improve your health and longevity, nor should you consider it something to do on a regular basis.

But running a marathon is sort of a bucket list “must-have.” My suggestion? Embrace the 5K.

Why do I love the five-kilometer (3.1-mile) distance so much? Let me count the ways.

A very unfit person can still walk 5K — or at least work up to walking 5K in a matter of a few weeks. It won’t wreck that unfit person the way a marathon will. And it won’t require an investment of time that’s unavailable to 99 percent of the population (the way an Ironman or a marathon will). The entry point, in other words, is accessible.

2. It offers a challenge to everyone

An unfit desk-jockey guy with three months of training to his name will be ecstatic to simply finish a 5K. But even the fittest guy you know can keep working on his 5K time, forever. It doesn’t matter who you are — running three miles as fast as you can is exhausting. It’s plenty of workout for one day. If I were a betting man, I’d stake my whole year’s salary that the average guy running a sub-19:30 5K is healthier than the average guy running a sub-four-hour marathon. Get faster at the 5K, and it’s a pretty good bet you’ve gotten healthier all around. Get faster at a marathon and you may well have gotten unhealthier.

3. You can still have a life

Even if you make 5K training the center of your exercise life (by running, say, a half-dozen races a year — not a bad way of organizing these things, if you ask me), you don’t have to obsess. You don’t have to put in three hours of junk miles before work. You can make great progress on your 5K time by running just two or three times a week for less than an hour. You’re training for a race that will take under a half hour, after all.

4. You can race whenever you want to

Although marathons are getting more and more common (there were over 1,100 marathons in the United States in 2013), you still have to wait around — and possibly travel — to get to one. And unless you’re pathological, you wouldn’t want to do more than a handful in the span of a single year anyway. 5Ks, however, are far more ubiquitous. There are 5Ks to support charities, fun-run 5Ks that families can do together, 5Ks to raise awareness for . . . well . . . just about anything. They happen almost every weekend. And since they won’t break your body down in the same way that a marathon will, you don’t have to wait weeks between races if you don’t want to. You could conservatively race three times in a single month and expect to approach your best times in each one.

5. The training is better for you

As I pointed out, training for a long-distance race tends to do bad things for your health. But training for a 5K does the opposite: you’ll be in that beneficial pocket of ten miles a week (maximum), two to three workouts a week. And once you’ve passed the early phases of training, at least some of those workouts will be speed workouts — meaning you’ll be stimulating your type II (strength and power) muscle fibers. That’s something long, slow distance training won’t do for you. And since your workouts will take less than an hour (sometimes much less), you’ll be doing good things for your hormonal profile at the same time by upping your natural testosterone and HGH. Another benefit? You don’t have to chug down sugary drinks, gels, and bars to make it through a 5K as you do for a marathon. You can eat healthier and still finish fast.

So you’re sold on the benefits of the 5K distance, and you work on your speed. You feel fast, you feel in the groove. To my mind, you haven’t closed the loop until you’ve actually slapped down the money to enter the race and posted an official time in an official race against others who have been doing the same thing.

Sound like a superficial difference? It isn’t. From personal experience, I can tell you it’s great to toe the line with a few dozen other racers, all of whom have been working for at least as long as you have to get to that point. Since you’re usually separated by age and gender, you’ll be penned up with fellow forty-plus guys (to whom you can recommend this book). The camaraderie is palpable, and you may start to run into the same guys at these events and even kick off a friendship or two.

And then, once you complete your race, there’s nothing like seeing your name posted in black and white in the top twenty or so finishers. Then in the top ten. Then the top five. Then maybe on the medal podium.

It can be done. Much more easily — and less painfully — than finishing that high in your local marathon. 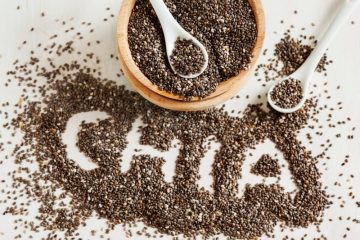