Children undergo several transitions in life before reaching adulthood and maturity. They are different from adults in several physical and mental states during their journey towards adulthood. The process of learning and adaptation is a continuous one for children which can pose challenging situations for parents as well.

Identifying a health disorder, particularly a mental disorder, can be difficult because many things which should be described as ‘normal’ can go unnoticed by parents. A child matures at his/her own pace and the boundary of behavioral change is not too rigid. A symptomatic indicator (of some underlying disorder) may be interpreted as arising out of delayed growth or development which may largely remain devoid of medical intervention. Detecting a mental disorder can be even trickier.

Children and adolescents can suffer from various types of mental health disorders. These include:

This is one of the most common forms of psychiatric problems in children. Anxiety disorders can appear in many forms as social phobia and post-traumatic stress.

When a child suffers from anxiety disorders, he/she experiences anxiety persistently which hinders the chores. The child reveal fear to certain things and can respond with nervousness like sweating or increased heartbeat.

Autism, which a group of serious developmental problems (autism spectrum disorders), can appear in early childhood before 3 years of age. Autism presents varied symptoms, adversely affecting a child’s communication and interaction with others. Although signs can appear early, it may not be easy for parents to identify them owing to the tender age of their children. This may delay treatment considerably and outlines the need for careful observation from the parents’ (and caregivers’) side.

Eating disorders, like bulimia nervosa or binge-eating disorder, can be serious problems. When a child has an eating disorder, he/she shows intense emotions and unusual behaviors related to food and/or weight. Children can get anxious about food and weight ad focus little on other things.

Eating disorders, which are more likely to be observed when children reach adolescence, can cause a number of serious physical problems, including death. The earlier treatment begins, the better it is for children.

When a child has ADHD, he/she can reveal problems in paying attention or concentrating. There is difficulty in following directions; the child can get bored and/or frustrated easily, tend to move constantly and be impulsive. There can be a combination of issues with ADHD. ADHD may remain incurable. However, timely treatment can enhance the possibilities of leading a normal life minimizing damage and adversities.

Schizophrenia is an uncommon disorder among children and is difficult to recognize. It causes distorted perceptions and thoughts, is a life-long disease with no cure. It can only be controlled.

Prompt diagnosis and timely treatment are important. Children can reveal signs and symptoms which are likely to be different form adults. Confused thinking, withdrawal, increased isolation and paranoia are some symptoms of schizophrenia. Children may change behavior gradually over time.

Elimination disorders affect behaviors pertaining to using the bathroom. They can appear in two forms – Enuresis (or bed-wetting) and Encopresis (or passing of feces). Young children can have occasional accidents which may be a part of their growing bowel control and usually get corrected over time. However, when the problem gets repeated over three months, particularly in children older than 5, medical advice should be sought. Elimination disorders can pose complications later in life and should be attended promptly to reduce their severity.

Identifying a disorder may not be easy with a host of changes going on a child’s life. Nonetheless, you should always keep a watch over sudden mood changes which persist for long; problem associating with peers and forming relationships, overwhelming fear for no obvious reason, out-of-control behavior, unexplained reduction in weight and abusive behavior are some signs of a disorder. Contact your health expert when you observe an abnormal behavior (or doubt a behavior) repeatedly. With prompt intervention, health disorders can be controlled and brought close to elimination (even if not completely eliminated). Since you spend considerable time with your child, you can be the best (possible) identifier of a (suspected) disorder, paving way for the desired medical intervention and care.

Parents should consider how well their children function at home, at school and with their surroundings. If there is a sign of significant deviation from the usual parameters of your child’s age, you should consult a health expert to decipher any disorder at the earliest. An element of doubt regarding your child’s behavior should better be removed than allowed to remain. Your prompt action can make much difference between an optimal treatment and the usual treatment.

How to Combat Child Obesity Among Children 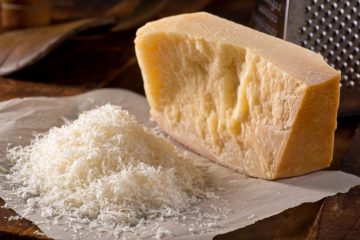