As men’s bodies begin to change with age, beginning during the second and third decades of life, it’s time to pay special attention to different nutritional needs that can help meet those changes head-on.

Some of those changes include an increasing risk of heart disease, waning muscle strength and tone, lower testosterone levels, a need for more protein, deteriorating bone density, a tendency to gain weight, and greater risk of developing prostate problems.

Can altering your diet really help address these concerns? Absolutely.

Coconut oil. Coconut oil is one of the richest sources of saturated fat, so why are health experts saying it’s so good for you? Because all saturated fat is not created equally, and coconut oil is one of the healthful exceptions. While most sources of saturated fat (e.g., animal fat, vegetable and seed oils) are composed of long-chain triglycerides, coconut oil consists primarily of medium-chain triglycerides (MCTs) which, among other things, don’t contribute to making you fat. In a 2011 study, obese men who consumed 2 tablespoons of virgin coconut oil daily before every meal for four weeks showed a significant reduction in their waist circumference.

Coconut oil has many other healthful benefits for men as well, including reducing prostate size (so far shown in animal studies only), raising testosterone levels (again, animal research), improving bone strength, lowering cholesterol, and acting as an anti-inflammatory and pain reliever. Coconut oil has a high heating point, so it is a great oil to use when sautéing or frying. You also may want to use it instead of butter on bread, in a smoothie or in salad dressings.

Dark chocolate. Unlike the unhealthy commercial milk and white chocolate on the market, unsweetened dark varieties are packed with heart- and bone-friendly minerals (calcium, magnesium, potassium) and potent antioxidants in the form of flavonoids, especially epicatechin, a flavanol found in cacao. To reap the most benefits from dark chocolate, you should choose organic products that contain at least 80 percent cacoa (cocoa), and the higher the better for your health.

The authors of a recent report from Current Treatment Options in Cardiovascular Medicine noted that epicatechin is believed to be the source of the main health benefits of dark chocolate. Processing of dark chocolate allows these antioxidants to remain while milk chocolate manufacturing nearly depletes them. Research has suggested that dark chocolate has a positive effect on inflammation, cholesterol and triglycerides, and blood pressure, as well as on brain health and cognitive functioning.

Hibiscus tea. A delicious and healthful tea you don’t hear much about is hibiscus (Hibiscus sabdariffa), but it definitely should be on your radar. Hibiscus tea contains more antioxidants than even the highest rated green tea (matcha), is caffeine free, and provides a wealth of benefits. The tea is prepared using the dried or fresh flower of the plant that is native to tropical and subtropical areas of the world and contains various organic acids as well as vitamin C and minerals.

Hibiscus tea has a long history of support heart and lung health, helping skin conditions, and lowering high blood pressure. This latter benefit was explored in depth in a systemic review and meta-analysis from 2015. The authors evaluated five randomized controlled trials involving nearly 400 participants and found that overall, drinking hibiscus tea resulted in a significant decline in both systolic and diastolic blood pressures. When buying hibiscus tea, choose either 100 percent hibiscus or combination teas that list hibiscus as the first ingredient.

Salmon. For men who can’t stomach sardines (or even those who can), wild-caught Alaskan sockeye salmon is a wise food choice for protein when compared with other animal sources. According to a recent study of farmed salmon, “Overall, farmed salmon is five times more toxic than any other food product tested. In animal feeding studies, mice fed farmed salmon grew obese, with thick layers of fat around their internal organs. They also developed diabetes.”

Wild-caught Alaskan sockeye salmon is a good choice because it lives only about three years (which doesn’t allow too much time for toxins to accumulate) and it generally doesn’t eat other contaminated fish. A 3.5 ounce serving of sockeye salmon provides 22 grams of protein, 130% Daily Value of vitamin B12, and 1130 mg omega-3 fatty acids, which are both brain- and heart-healthy fats. Include wild-caught Alaskan sockeye salmon on your menu several times a week if sardines are not an option, or enjoy both.

The health benefits of sardines for men are so numerous, it’s not possible to list them all here. When it comes to the omega-3s, they support heart health by lowering cholesterol and triglyceride levels as well as help relax the arteries, which in turn facilitates normal blood pressure and healthy erectile function. These fats also are critical for brain health, cognitive performance, and the prevention of prostate cancer. Vitamin B12 helps increase sperm count, supports artery integrity, and plays an important role in sleep. Calcium, phosphorus, and vitamin D are critical for maintaining bone strength, while phosphorus also has a role in libido and erectile function, muscle strength, and cognitive function.

Turmeric. This popular herb is known not only for its ability to add spice to your meals but for its cancer-killing and anti-inflammatory benefits as well. The bioactive ingredient in turmeric is curcumin, which has been shown in numerous studies to possess anti-cancer properties, including fighting prostate cancer. Turmeric is easy to incorporate into your menu: add a pinch or two to tofu or egg scrambles, sprinkle over cooked vegetables, mix into rice or grain dishes, stir into soups, blend into smoothies, or make turmeric tea a daily habit.

In a new (November 2016) international review, the authors pointed out the various anticancer findings and associate them with the presence of cucurminoids, which have an “ability to reduce cancer/tumor at initial, promotion and progression stages of tumor development.” The reason appears to be the ability of these compounds to block different enzymes that are necessary for tumor growth as well as an ability to influence numerous cell processes involved in cancer.

18 prescription-free ways to get pain-free

How Your Sex Life Changes When You’re Under Stress 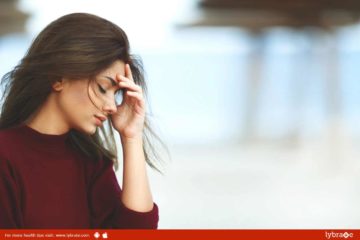