Many herbs are known to be beneficial for the memory as they enhances the power to remember things and also keeps the brain cells active. Forgetfulness can affect many people at some point of their lives but natural herbs can be taken to prevent this. Herbs like sage, rosemary aids in improving memory and preventing forgetfulness.

Other herbs used specially for such purposes include ginseng, ginkgo biloba. Even easily available herbs like tea are beneficial and are used to improve memory. All these herbs are immensely helpful and if taken regularly and religiously can improve the memory significantly. Some of the effective herbal remedies for memory include the following.

Ginkgo biloba and ginseng are age old herbal remedies for memory. These herbs not only improve blood circulation but also increase the oxygen flow to the brain and other parts of the body. These herbs can be taken in women to prevent forgetfulness due to menopause.

Do not take in too much of gingko biloba as that might result in nausea, headache and dizziness. It also increases the risk of bleeding. If you have any kind of bleeding disorder, refer to a doctor before taking it in.

Tea contains antioxidants that help in increasing blood flow. Both green tea and black tea can help in improving memory as both contain strong antioxidants. Drink the tea 2-3 times to improve memory. Do not drink too much of tea as tea also contains caffeine.

Green tea contains antioxidants that help in reducing the building up of free radicals in the body of adults that seems to be a major reason for the Alzheimer’s disease. Antioxidants also improve the metabolism in the body and keep the system clean and healthy.

This herb can be taken in the form of tea, capsules or even dried herb in preparations. It also helps in keeping the nervous system calm and improves the blood circulation.

One of the well known herbal remedies for memory, Bacopin herb improves the functioning of the brain and thus improves memory. As an alternative medicine, bacopine is used as an active ingredient for treating forgetfulness and memory loss. The herb also has other health benefits like reducing fatigue, protecting cell, prevents cells damage and also improves concentration levels.

Turmeric has been proved to have positive effects on the brain. You can add turmeric to your food or take supplements. Raw turmeric can be taken it orally or you can even add 1 teaspoon of turmeric powder to a glass of milk and take in every day to improve memory. Another effective herbal remedy for memory involves the use of cumin and honey.

Add about a pinch of black cumin seed or powder in a teaspoon of honey and take in every day to boost your memory. It is important to exercise your brain. Play word puzzles and games like Sudoku. Avoid alcohol and lead a healthy lifestyle. Even spirulina and eggs are good for the brain.

5 Herbal Remedies To Get Pregnant 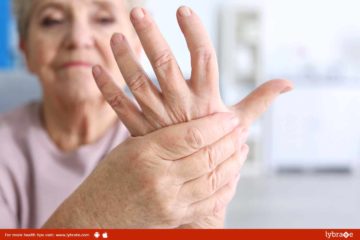