It is not unusual to find fleas gathering around the house or places that are dirty. There are several chemical pesticides developed for destroying them, but with time, these pesticides have become stronger in order to eradicate these pests.  In humans these fleas affect the skin which can lead to prolonged skin irritation. As such, it is always a better idea to prevent their inception, by adhering to certain herbal remedies that will also cease fleas from spreading. Here’s a list of herbal remedies for fleas:

This is an intense procedure that requires repetition, but safer than using a chemical pesticide. The concoction starts with slicing a few lemons into halves and then dipping them in boiling water for roughly 10 to 12 hours.

Once the water has cooled down it can be poured into a spray bottle and sprayed all around the house, making sure it does not get in contact with sensitive areas such as the eyes. The process should be repeated whenever necessary. In household that have pets, especially cats, discontinue use if pets are sensitive to citrus.

This perennial herb has antiseptic properties that act as a natural repellent and can be used in the form of powder, oil or even by rinsing. To make a wash, take 2-3 pints of boiling water and add a handful of rosemary leaves to it. Continue boiling for about 30 minutes. Once it has cooled down, strain the leaves and the residue water can be used while bathing. Alternatively add borax powder to this concoction and spray it around the house. This is an age old herbal remedies for fleas.

Fennel has been widely used as an insect repellent for its stimulating scent. The plant is characterized by giving of ozone. Flea infestation can be curtailed simply by taking some dried fennel and placing it around the house.

Alternatively it can be used in a powder form by crushing some dried fennel or grinding them. It can also be added to water and used to spray around the house. If you have pets, then the powder can be rubbed along the pets’ collar or sprinkled on their beds.

Another flea repellent, this plant belonging to the mint family can be planted around the house to keep away fleas, bugs or other insects. Placing a few leaves on the bedside can keep fleas away and is considered as an effective herbal remedy for fleas.

It has a strong odour that is reminiscent of mint but inclined towards smelling like camphor. It is fatal if ingested due to its toxic content. Take some leaves and grind it in a mortar-pestle so that the aroma spreads and the oils are released. Take this in a muslin or cheesecloth and hang it in the corner of a room.

Lavender herb is used to prepare the essential oils of lavender that can be used to keep fleas away and also helps to cure skin irritation caused by fleas, as it contains soothing ingredients. Lavender oil can be added to water and then used as a spray around the house. Alternatively it can be added to a bowl of water and kept in the room.

Fleas usually get attracted to it and drown in it. As a warning, ensure that lavender is not taken orally as it is only for external use. The above mentioned herbs can be used to keep fleas away. As a natural tip, it is advisable to use a combination of these remedies instead of adhering to a single remedy.

IVF – Things You Must Take Care Of! 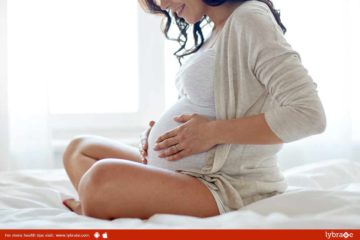