If you recognize the signs you’re worrying yourself sick, then you’re already on your way to keeping those “worry” thoughts from not only causing you pain, but also leading to chronic disease.

Stopping these thoughts is vital to healing your body and keeping it healthy. So, today I want to share some secrets on how to master worry, hostility — and other distressing thoughts — so you can reverse these promoters of disease…

What are you thinking?

Remember that 2001 study I shared in my previous post of the 150 male heart patients who lowered their death rate four-fold after nine years by working at warding off stress?

How about the January 2006 Netherlands study of 875 patients which demonstrated that those with type D personality had four times the heart attack and death rate compared to age-matched controls?

Now the question is… how does one “work at warding off distress”? And, what is a Type D personality?

A Type D person often exhibits anxiety, irritability, hopelessness and self-doubt often. Also, the type D personality fears other’s opinions and has difficulty opening up to others. Know anyone who is like this?

Let’ look at how you can “work at warding off distress” and replace Type D personality traits with healing thoughts and healing energy.

If you’re like me, you probably experience anxiety, irritability, self-doubt and even hopelessness at times… maybe even often. Yes; the circumstances around you seem to largely control how you feel.

However, how you interpret your circumstances is the first key to mastering healing thoughts.

Take a close look at how you interpret your thoughts and your world. Notice if you project a given thought or circumstance into the future (we all do this) and how this makes you feel. Take 30 seconds now and ponder on this very idea: how do your thoughts make you feel?

Now consider what you do with these thoughts. Let me give you an example…

Michael wakes up knowing there could likely be some real stress at work today. This thought generates a feeling inside him. The feeling is a bit sour, heavy and distressing. This thought has already generated a feeling.

However, it is what Michael chooses to do with this thought next that matters! He can do any of the following (I call them thought mastery tools) with this distressing thought:

Notice that all the things you worry about eventually turn out somehow. Either it turns out to be better than you feared (more often than not, right?) or it turns out “badly” — and there is a lesson from it.  You probably realize that it is the uncertainty of the future that makes your mind go crazy with worry.

Instead, use my thought mastery tools mentioned above. Once you get a pretty good thought going… then is the time to reinforce it verbally. If you can keep the new thought, then a new feeling will rapidly follow too. Let me explain what I mean by reinforcing it verbally.

You’ve heard of a verbal “affirmation” haven’t you? It is simply stating positive thoughts out loud. For example, Michael takes a distressing thought about a potential client litigation and morphs it into thoughts of gratitude for health, life’s lessons, and a happy marriage relationship.  Now he verbally reinforces this by stating, “I am thankful I for all that this has and will teach me. I am grateful power over my own health and happiness. I am in love with Julia.”

Although at first, if his positive thought doesn’t “stick,” he can’t give up there. This means that at first, even though he is thinking new positive thoughts, he still feels uneasy inside his body, which was caused by the previous worry thoughts. After 17 seconds (on average) of speaking his new thoughts out-loud, his uneasy feeling begins to soften and within a minute or two he is filled with the energy of the new affirmation.  He is feeling good!

Even if you have Type D personality traits (i.e. anxiety, irritability, hopelessness, or self-doubt are common for you), then taming your thoughts are needed all the more!  Just try it out: take your next distressing thought use the thought mastery tools (outlined above) to shift you out of worry or distress and into peace.

To healing and feeling good,

How to breathe the fresh air again

They were wrong: Running IS good for your knees

Why you are almost certain to be magnesium-deficient 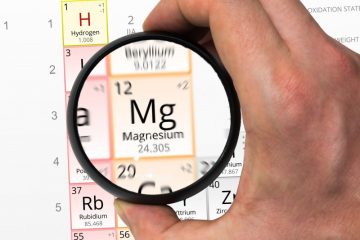